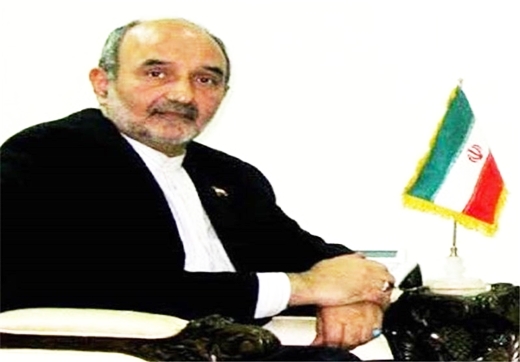 The Iranian ambassador to Pakistan said Islamabad and Beijing are welcome to join New Delhi and Kabul in developing the strategic port of Chabahar in southeastern Iran.

The Chabahar port agreement between Iran, India and Afghanistan is “not finished” and “not limited to these three countries,” Mehdi Honardoost said, while speaking about Pakistan-Iran relations at the Institute of Strategic Studies in Islamabad (ISSI), Dawn reported.

Iran, India and Afghanistan have signed a key trilateral deal, known as the Chabahar agreement, to establish a strategic transit and transportation route connecting the three countries.

The agreement was signed in the presence of Iranian President Hassan Rouhani, Indian Prime Minister Narendra Modi and Afghan President Ashraf Ghani in the Iranian capital of Tehran on May 23.

The offer to cooperate had at first been extended to Pakistan and then China, which suggested that neither had expressed interest, the envoy said.

“We are waiting for new members. Pakistan, our brotherly neighbours and China, a great partner of the Iranians and a good friend of Pakistan, are both welcome,” Honardoost said.

The Chabahar agreement is aimed at bringing about a considerable increase in transit via Chabahar, linking India to central Asia via Afghanistan, and helping Afghanistan have access to the sea.

The Chabahar route will allow Indian goods to reach Afghanistan via Chabahar without crossing Pakistan’s territory.

Chabahar is located in the Gulf of Oman near the border with Pakistan. It is the closest and best access point in Iran to the Indian Ocean, and Iran has devised serious plans to turn it into a transit hub for convenient access to markets in the northern part of the Indian Ocean and Central Asia.