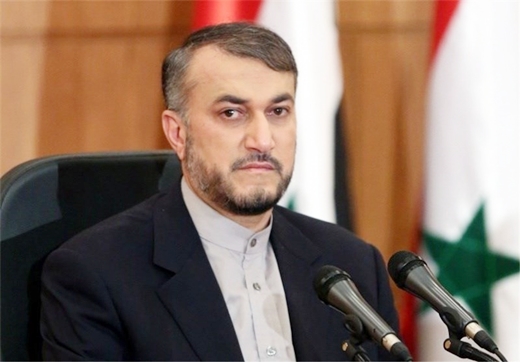 Iran’s Deputy Foreign Minister for Arab and African Affairs Hossein Amir Abdollahian acclaimed a UN-brokered ceasefire in Yemen, but at the same time voiced concern about the worsening humanitarian crisis in the war-torn country.

In a meeting with his Czech counterpart in Tehran on Sunday, Amir Abdollahian said the recent truce in Yemen opens up a good opportunity for the start of Yemeni-Yemeni talks.

The Iranian diplomat also expressed concern about the spread of terrorism and a persistent humanitarian crisis in Yemen.

Last week, a UN-brokered ceasefire across Yemen came into force, putting a halt to the airstrikes by a Saudi-led military coalition.

The coalition, comprised of mostly Arab countries, launched its campaign against Yemen’s Houthis in March 2015. Since then, more than 9,000 people have been killed in the war, including more than 3,000 civilians, according to the United Nations. The fighting has also displaced 2.4 million people.

Now the truce is meant to build confidence between Yemen’s warring sides ahead of the UN-sponsored peace talks scheduled to take place in Kuwait on April 18.

Meanwhile, the UN special envoy for Yemen, Ismail Ould Cheikh Ahmed, has urged all parties to work to ensure that the cessation of hostilities is “fully respected.”

One of the most daunting consequences of the war has been the spread of hunger across Yemen. The impoverished nation of 26 million, which imports 90 percent of its food, already had one of the highest malnutrition rates in the world, but in the past year the statistics have surged.

The number of people considered “severely food insecure” — unable to put food on the table without outside aid — went from 4.3 million to more than 7 million, according to the World Food Program. Ten of the country’s 22 provinces are classified as one step away from famine.

The UN children’s agency has also warned that the children of Yemen are bearing the brunt of the conflict. UNICEF said in a statement that at least 900 children have been killed — a seven-fold increase, compared to the number of fatalities among children in 2014.