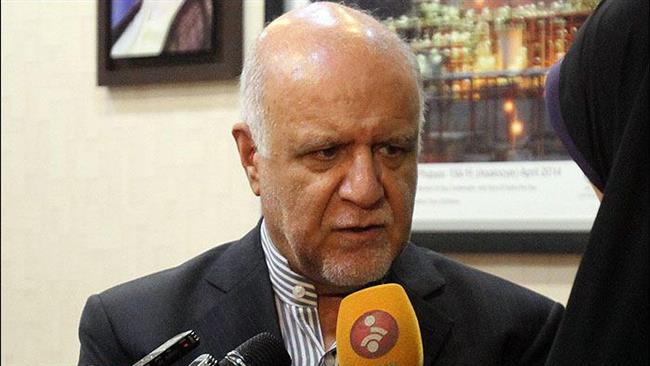 Iran on Tuesday expressed disinterest in a reported deal by its heavyweight rivals to freeze output so that the market reaches a stability that has already proved elusive for months now.

Iran’s Oil Minister Bijan Zangeneh told reporters in capital Tehran that he was not aware about the details of what his peers from Saudi Arabia, Venezuela, Russia and Qatar had agreed on in an emergency meeting in Doha on Tuesday.

Zangeneh, nevertheless, emphasized that any move by the world’s biggest oil players to push the market toward stability means nothing unless it is fully endorsed by all producers.

“According to what has appeared in the media about which I am not still fully informed, they (Saudi Arabia, Venezuela, Russia and Qatar) have discussed about fixing a production ceiling,” he told reports.

The Saudi and Russian oil ministers, along with their Venezuelan and Qatari counterparts, “agreed to freeze the production at (the) January level provided that other major producers follow suit”, Reuters quoted Qatar’s Energy Minister Mohammed bin Saleh al-Sada as saying on Tuesday.

Oil prices have tumbled about 70 percent since June 2014, hit by oversupply, sluggish demand and concerns over the global economic outlook.

Zangeneh emphasized that a deal to fix a production ceiling for the world’s biggest producers needs to be thoroughly studied and discussed. “It should be specified what they (the producers that gathered in Doha) really mean by it,” the local media quoted the Iranian minister as saying.

“What is important [to consider] is that firstly the oil market is currently oversupplied and secondly Iran will not relinquish over its market share,” Zangeneh said.

Iran on Sunday showed a strong return to the market by announcing that it had increased its crude production by 400,000 barrels per day.

It also announced on the same day that it had shipped four million barrels of oil to Europe – a move that marked the first shipment of oil by the country after signing a nuclear deal with the P5+1 that ended multiple years of sanctions on the Iranian oil industry.

Based on a draconian US-engineered regime of sanctions that were made ineffective when the nuclear deal with the P5+1 was implemented last month, foreign investors had been banned from making investments in Iran’s oil industry.  Also, clients had been barred from purchasing oil from Iran above around 1 million barrels per day.