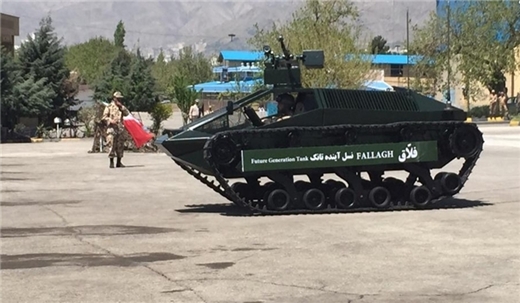 On Monday May 23, Iran unveiled an ultra-heavy tank transporter named ‘Pouria’ and the ‘Felaq’ optimized tank.

The two new army achievements were unveiled during the Beit ul-Moqaddas 28 wargames underway in the central province of Isfahan.

He said that the Felaq is equipped with an automatic, stabilized Dushka weapon, which is controlled by the crew inside.

Iran’s Ground Force started massive missile drills codenamed Heidar Karrar 3 in the central parts of the country on Sunday as a part of the Beit ul-Moqaddas wargames series.

Different infantry, mechanized and air force units are participating in the exercises.