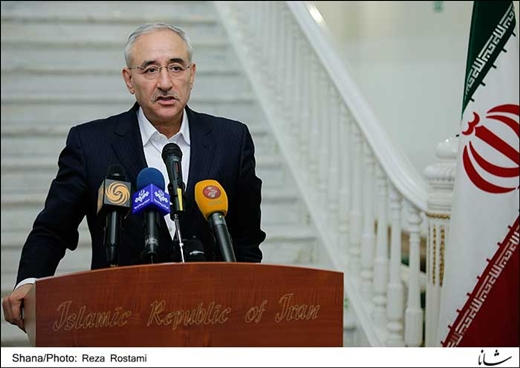 Iran plans to increase its oil swap capacity in the Caspian Sea and other regions, Deputy Petroleum Minister for International Affairs Amir Hossein Zamani Nia said. He made the remarks at the first international conference on “Rail-Ports and Rail-Oil” in Tehran.

When the Neka oil terminal in the north of Iran is completed, the present daily swap capacity of this terminal will increase from 130,000bpd to 500,000, 1m and 2.5m bpd respectively at its three stages of completion, the official added.

He said that removal of sanctions had increased the interest of foreign states, particularly European ones, to enter Iran’s market.

Zamani Nia referred to Iran’s geopolitical potential, including access to international waters, having 15 neighbours and giant hydrocarbon resources, saying that Iran plans to develop its oil terminals in both the south and north of the country, including the Jask oil terminal.

Iran is preparing the Neka port for use as a hub for transfers of oil and oil products from central Asia to other parts of the world, he added.

The official said that Iran should become the second-largest oil producer among OPEC member states, the third-largest gas producer and the number one producer of petrochemical products in the region, according to the 20-Year Vision Plan.

This plan states that Iran should play a key role in the transfer of oil and its products, as well as in gas and petrochemicals in the region.

Zamani Nia stressed that talks be pursued with Russia, Turkmenistan, Kazakhstan, Azerbaijan and Iraq for oil and oil product swaps, adding that the Ministry of Petroleum supports the development of Jask, Neka and Chabahar ports.