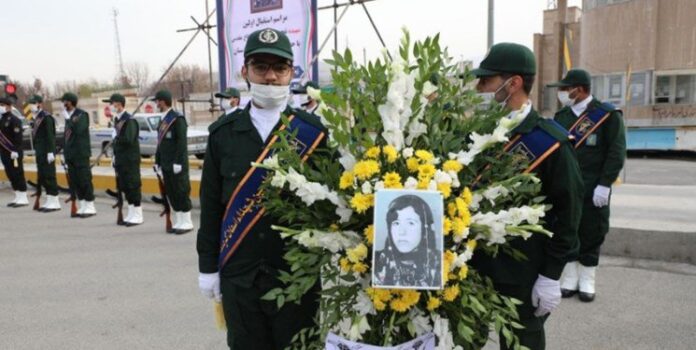 Iran prepares to bury Fatemeh Asadi who was seized, tortured and killed by an anti-revolution terrorist group in the 1980s.

Her remains were flown to her birthplace, the northwestern city of Sanandaj, on Monday after ceremonies in the cities of Qom, Mashhad and Kermanshah in which people bid final farewell to her.

Fatemeh Asadi will be laid to rest on Tuesday.

She is the first woman terror victim whose remains were identified by DNA analysis.

Her remains were recovered earlier this month on the heights of the city of Divandarreh, Kordestan Province.