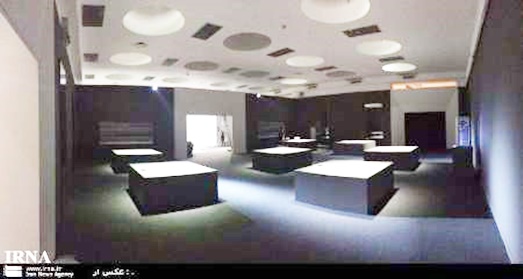 Iran took part in the 21st architecture and design triennial in Milan, entitled ’21st Century,’ for the first time.

The Iranian pavilion has been decorated with symbols of Iranian culture and architecture and local Iranian markets. The organizers of the Iranian pavilion told IRNA that some Iranians works created by 3-D printer are to be exhibited in La Pernamente.

By applying three-dimensional technology and being visited several times, the Iranian pavilion stood among the top five stands as ranked by the International Biennial Association.

Managing Director of the Centre for Visual Arts and the Supervisor of Tehran Museum of Contemporary Art, Majid Molanoruzi, and the Iranian pavilion curator Arash Ahmadi participated for the first time.

The event began at the beginning of the current Iranian year and will continue until the month of August.