Iran Stood with Armenians in Grief over 1915 Genocide: Archbishop 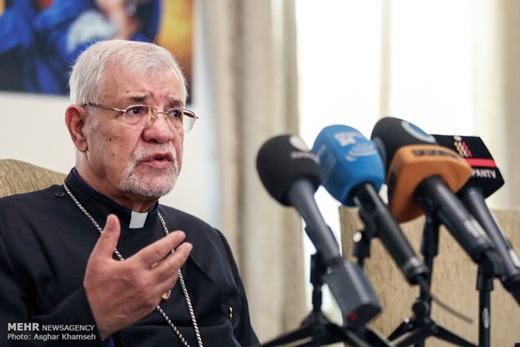 Speaking in a press conference held on Saturday in Tehran to mark the 101st anniversary of the genocide of the Armenian population in the Ottoman Empire, Sebouh Sarkissian, the Armenian archbishop in Tehran, appreciated Iran’s solidarity with the Armenian people over the grief, and criticized Turkey over its refusal to recognize the killings.

“Iranians have always shared our grief over the large genocide, in which 1.5m Armenians were killed,” Sarkissian said, expressing Armenians’ happiness with Iran’s solidarity.

“It has been a century since the genocide, and during all these years, we Armenians have always tried to assert our rights, and are hopeful about the future,” he added.

The past century was full of wars and bloodshed, he said, at the same time noting that such problems had not prevented the Armenians from moving forward. “We continued our life and progress,” the Armenian archbishop said.

He further lashed out at Turkey over its failure to recognize and condemn the genocide after one hundred years, adding, “If world figures and organizations express their support in denouncing the genocide, it would cause peace-seeking countries to stand by us so that we would be able to protect our rights.”

“On the 101st anniversary of the genocide, we want to call on Turkish officials either to understand their own history or to recognize the realities of the genocide,” he added.

“After all these years, we still remember the victims of the painful disaster every day and believe that justice will one day be restored to its real position in human life,” Sarkissian continued.

April 24 is the 101st anniversary of the Ottoman Empire’s massacre of Armenian nationals, which took place in 1915. On this day, a ceremony entitled “Genocide and Extremism: from Armenia to Syria” is held in Ararat Club in Tehran. 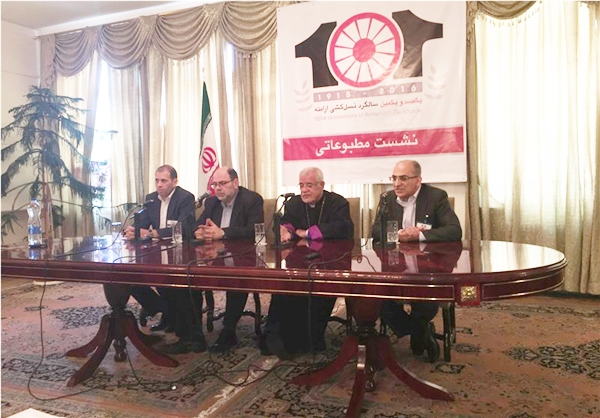