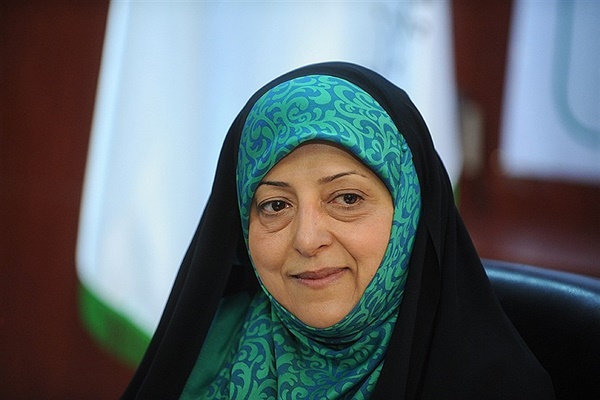 Masoumeh Ebtekar, Head of Department of Environment, said that on Saturday that Iran had signed the Paris Climate Change Deal to reduce greenhouse effects, and that this signature shows Iran’s commitment to protect the environment.

She made the remarks at the 2nd International Seminar on Environment, Religion, and Culture.
Masoumeh Ebtekar said that Iran has taken effective steps to protect the environment at the national level, and that programs have been designed to keep up with the international standards.
Referring to the signing of the Paris climate deal by Iran’s Foreign Minister at the UN on April 22, she hoped that the international community would adopt effective measures to lower greenhouse effects.
She said that destruction of green areas, reductions in water resources, and soil pollution have posed threats to the future of the Earth.
Ebtekar said that religious teachings call for protection of the environment by their followers.
She praised the cooperation between UNESCO and UNEP in holding this event.
The 2nd International Seminar on Environment, Religion, and Culture is held from April 23-24.