Iran has signed a contract to buy FPSO vessel 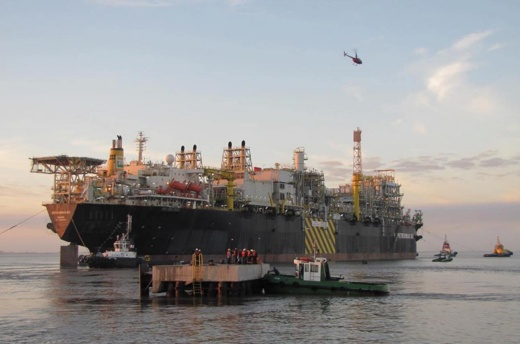 Based on the contract signed of late, a floating vessel is to be used in the South Pars Gas field to exploit oil layers.

On January 30, Shana.ir quoted the CEO of Petroiran Development Company Limited (PEDCO) as saying that a contract has been signed to buy a floating production, storage and offloading (FPSO) unit which is to be used in South Pars project. The following is the translation of the report:

He went on to say, “PEDCO will remain in charge of the project for six months before handing the vessel to the final operator: Iranian Offshore Oil Company (IOOC).”

Under Ahmadinejad, the purchase of an FPSO, laying 55 kilometers of pipeline to the Balal Oil Field, construction and installation of a series of plants and the retrofitting of the floating storage unit installed at Soroush and Nowruz oil fields were contemplated. But, some of these projects such as the purchase of an FPSO were not top priority because of sanctions.

The project to develop and exploit oil layers in the South Pars Gas Field which is jointly owned by Iran and Qatar is to be carried out in two stages. Qatar started producing oil at the joint field in 1991.