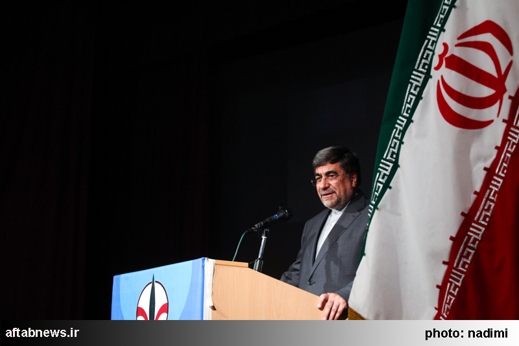 Ali Jannati said some think their ideas are divine revelations and only what they think should be taken into account, but we do not share that view.

The minister of culture and Islamic guidance has said that development should take place in parallel on cultural, political and economic fronts.

Speaking in a congress of the Moderation and Development Party Thursday, Ali Jannati said that the world is undergoing technological and economic changes, and we need to learn about global developments in order to keep pace with them and tap into all available tools to secure progress.

There are two mindsets in Iran, although they may be in pursuit of one single goal which is the promotion of Iranian-Islamic culture, he said.

“One says people should be given access to information through satellite TV, press and social networking sites, so that they could choose what they deem is the right way of thinking. The other says any idea coming from outside the country is poisonous and should be countered. It argues that if a way of thinking comes in via satellite TV channels, it should be jammed, and if it is online, it should be blocked,” the minister said.

Jannati further said, “The [eleventh] government believes we should protect the younger generations from the ill effects of certain imports, but we should let people have access to information in an open atmosphere.”

As for the press, the culture chief said that unethical items and materials which are against national security and [religious] sanctities should be blocked, but pundits can [openly] speak their mind so that people can follow the things they choose.

It is impossible to simply inject one idea into society, Jannati said, adding that some think their ideas are divine revelations and only what they think should be taken into account, but we do not share that view.

The minister further said those who have new ideas can pen books, although some issues are off-limits under the law.

“Pundits should be allowed to express what they think. Over the past 18 months many books which were rejected [by the previous government] have been given the go-ahead to be printed and that has not corrupted our society,” he concluded.