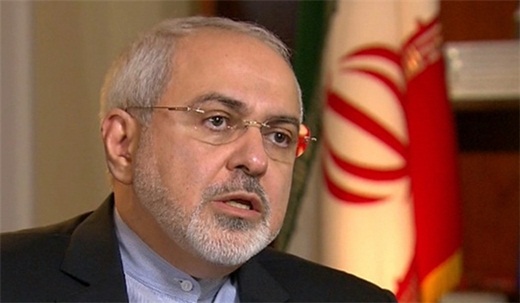 The Iranian foreign minister has described the conditions in Yemen as alarming, asking the UN to take the necessary measures to put an immediate end to the bloodshed there.

Iran’s Foreign Minister Mohammad Javad Zarif demanded the UN chief, Ban Ki-moon, to take immediate action to stop the massacre of innocent people in the Saudi-led war on Yemen, and do his best to resume national talks to form an all-inclusive government and end the crisis in the war-stricken nation.

In his letter to the Ban Ki-moon, the Iranian foreign minister demanded adoption of the necessary moves by the world body to put an immediate end to the bloodshed, describing the conditions on the ground in Yemen as “alarming”.

What follows is the full text of Dr. Zarif’s letter to the UN secretary-general.

I would like to draw your attention to the extremely alarming situation in Yemen, exacerbated by the recent provocative foreign military air campaign. It goes on in flagrant defiance of the most basic principles of international law, flouting the purposes and principles of the Charter of the United Nations, in particular the obligation to refrain from the threat or use of force in international relations.

This critical situation is escalating and the humanitarian crisis in Yemen is approaching catastrophic dimensions. It may result in further exacerbation of the already tense circumstances in a region that has been plagued by one of the most barbaric types of extremism and multi-pronged vicious campaign of foreign-backed terrorists. These terrorist groups have been the main beneficiaries, gaining strategic foothold in Yemen aided by the foreign aerial campaign.

Under these circumstances, it is imperative for the international community to get more effectively involved in ending the senseless aerial attacks and establishing a ceasefire, ensuring delivery of humanitarian and medical assistance to the people of Yemen and restoring peace and stability to this country through dialogue and national reconciliation without pre-conditions.

The Islamic Republic of Iran reiterates that there is no military solution to this conflict. The only way to restore peace and stability is to allow all Yemeni parties to establish, without any foreign interference, their own inclusive national unity government. To this end, the Islamic Republic of Iran believes that all efforts, particularly those by the United Nations, should be guided, in conformity with the Charter of the United Nations and fundamental principles of international humanitarian law, by the following objectives:

1. Ceasefire and an immediate end to all foreign military attacks;

3. Resumption of Yemeni-lead and Yemeni-owned national dialogue, with the participation of the representatives of all political parties and social groups;

I hope that Your Excellency will urgently use your good offices and conduct consultations with the concerned parties to facilitate and encourage an immediate end to these senseless bombardments and initiation of a genuine dialogue to find a political solution to this tragic crisis.  The Government of the Islamic Republic of Iran stands ready to assist you in advancing this objective.

Minister of Foreign Affairs of the Islamic Republic of Iran