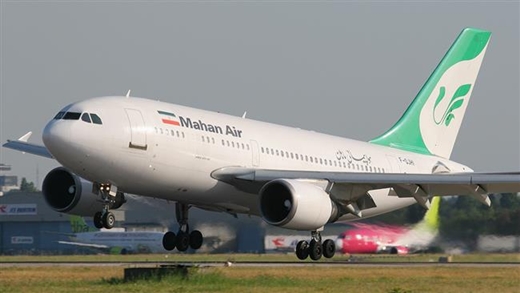 “Iran will never wait for the permission of any country for exercising its legitimate rights,” said an Iranian aviation official.

Iran on Sunday criticized the United States for a planned blockade of the air travels of its newly purchased planes, saying the move will be against international laws.

Mohammad Khoda-Karami, the deputy head of Iran’s Civil Aviation Organization (CAO), has told the media that Iran has purchased the new planes based on its own sovereign rights.

“Iran will never wait for the permission of any country for exercising its legitimate rights,” said Khoda-Karami.

Iran’s media announced earlier this month that Mahan Air has added a number of new planes to its fleet.

In reaction, the US Treasury Department said in a statement last Thursday that it has sanctioned parties involved in the reported plane purchase scheme.

The Treasury Department also said the purchased aircraft by Mahan Air – which it has sanctioned three times since 2011 – have been designated as “blockable” interests, making it risky for the airline to fly them on international routes.

In response, Khoda-Karami has emphasized that the US sanctions against Iran’s aviation industry lack any legal basis.

He said the Chicago Convention on International Civil Aviation prohibits member countries from using their air fleet for any purpose that would be against the terms of the Convention.