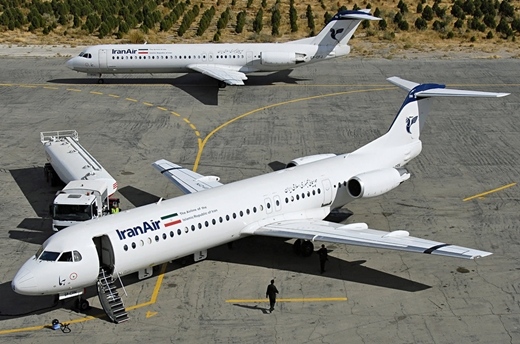 Some 14 Airbus and Boeing passenger planes have been overhauled inside the country and will join the civil fleet before the end of year, said Hamid Habibi.

An official at the Civil Aviation Organization of Iran has announced that the country will add 14 new passenger planes to its civil aviation fleet before the end of the current Iranian calendar year (ends March 20, 2016).

A statement released by the Civil Aviation Organization of Iran on Saturday, quoted Hamid Habibi, deputy head of the organization for flight standards, as saying that 14 Airbus and Boeing passenger planes have been overhauled inside the country and will join the civil fleet before the end of year.

“Due to capacities created in the past year, at present, there are 168 active planes in Iranian fleet, which has had no precedent in history of the country’s civil aviation,” the official said.

Habibi added that with 168 planes conducting civil flights, about 67.63 percent of the country’s flight is now active, while the figure was only 60 percent last year, Press TV reported.

He said the total number of planes in Iranian fleet adds up to 257, including 251 passenger planes with 41,218 seats, and 6 cargo planes.

Iran’s minister of roads and urbanization announced in mid-June that the country needs 400 new passenger planes in the next 10 years to renovate its civil aviation fleet.

Abbas Akhoundi, who was in the French capital, Paris, to take part in Le Bourget Airshow 2015, added that purchasing this number of planes will cost the country at least $20 billion.