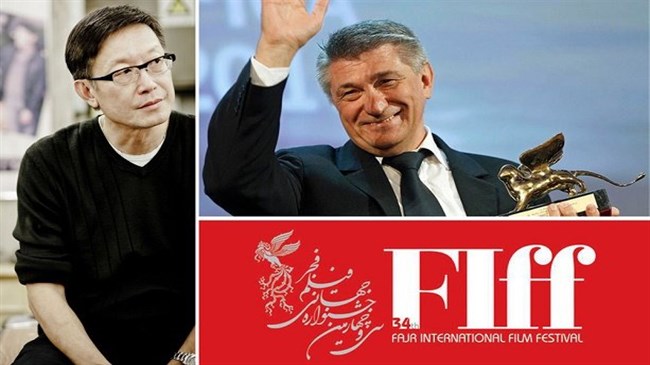 The 34th Fajr International Film Festival (FIFF) hosts acclaimed film directors from around the world. Well-known Hong Kong director Andrew Lau and Russian director Alexander Sokurov are among the attendees of the 34th FIFF, which began in Tehran on April 20. This is the second year in which the festival's international section has been held independently from its domestic counterpart. 50 countries are set to participate in the festival.

Iran Daily interviewed Keyvan Kassirian, the manager of the festival’s public relations and information. Excerpts of the interview follow:

IRAN DAILY: How many foreign films will be screened in the event, in how many sections?

KEYVAN KASSIRIAN: Over 50 films from 50 countries are taking part in the festival. Nine films will be screened for the first time in Iran, six others will have their first international screening in this festival, and three films will premiere in this event.

The sections of the festival are: Cinema Salvation (international competition), East Vista (Asian and Islamic Countries), which will screen short films, the Festival of Festivals (Cup of Divination), Special Screenings (documentaries and memorials) and Retrospectives and Tributes (dedicated to French Cinema).

Who are the special guests of the festival?

Furthermore, a famous correspondent from Hollywood Reporters will also be here to cover the news.

Sokurov will attend the screening of his documentary ‘Francofonia’ (2015), which depicts the history of the Louvre during the Nazi occupation and offers a meditation on the meaning and timelessness of art. His documentary will be screened in the ‘Special Screenings and Events’ of the festival.

Sokurov is also scheduled to deliver a speech for students at the Cinema-Theater Faculty.

Andrew Lau, who holds the title of the most successful Hong Kong film director for directing 45 films, producing 33 films, and doing cinematography for more than 50 films, will also be present. He began his artistic career in the 1980s as a cinematographer for films by such great directors like Wong Kar Wai. He pioneered a special cinematography style, and won many cinematography prizes from Hong-Kong film festivals like Golden Horse. His ‘Revenge of the Green Dragons’, a 2014 crime drama film, was produced by highly-acclaimed American director Martin Scorsese.

It is said that this edition of the festival focuses more on encouraging young filmmakers. How does the festival achieve this?

Earlier, it was announced that the major purpose of the festival is to train young filmmakers and improve their knowledge. Several workshops conducted by prominent Iranian and foreign filmmakers will be held to achieve this goal.

Another section, called ‘Dar ul-Funun,’ has been established to identify promising young filmmakers. 100 of the best Iranian and foreign filmmakers (from Pakistan, Afghanistan, Tajikistan, Lebanon, Syria, Iraq and Turkey) with at least one film on their record, or those who have conducted in-depth cinematic research, have been invited to take part in Q&A sessions to exchange ideas.

In total, 8,000 individuals have registered to watch the films so far.