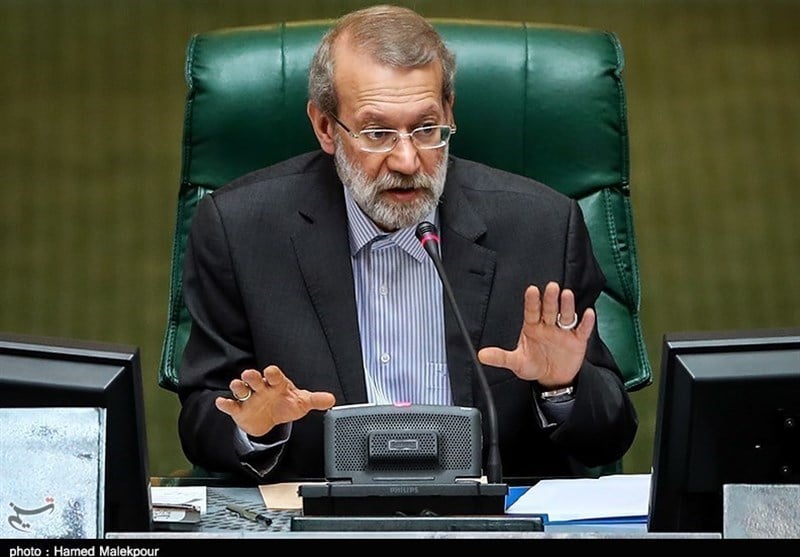 Iranian Parliament Speaker Ali Larijani strongly condemned the relocation of the US embassy from Tel Aviv to Quds (Jerusalem) and said Washington is seeking to discredit international organizations, including the United Nations.

Speaking at an open session of the parliament on Tuesday, Larijani strongly condemned Israel for the massacre of Palestinians who protested at the US embassy move on Monday and said the Zionist regime committed a “massive crime” by killing over 50 people and injuring more than 2,000 others.

He further emphasized that Monday’s killings would be “a big blemish on” the history of the Zionist regime and the US government.

The massacre was concurrent with two other issues: first, the Nakba Day, a day on which several decades ago, world powers helped the Zionists to expel Palestinians from their motherland, and second, the US move to relocate its embassy to Quds, the parliament speaker noted.

“Apparently, the Americans have decided since many years ago to discredit international institutions,” Larijani said, adding that Washington is seeking to abolish the United Nations.

The Gaza Health Ministry said about 60 Palestinian were killed and more than 2,700 others injured Monday, including 1,360 by live fire. Of the wounded, 130 are in serious or critical condition.

On Monday, tens of thousands of Palestinians rallied near Israel’s border fence to protest a blockade of their territory and the move of the US Embassy from Tel Aviv to al-Quds that day.

The UN Security Council is set to meet Tuesday to discuss the mass killings of Palestinians by Israeli forces near the Gaza border.

US President Donald Trump announce on December 6 that his administration would begin the process of moving the American embassy in Tel Aviv to Quds.

After months of global outcry, the US opened its embassy in Quds in a ceremony attended by a White House delegation and Israeli regime officials on Monday.