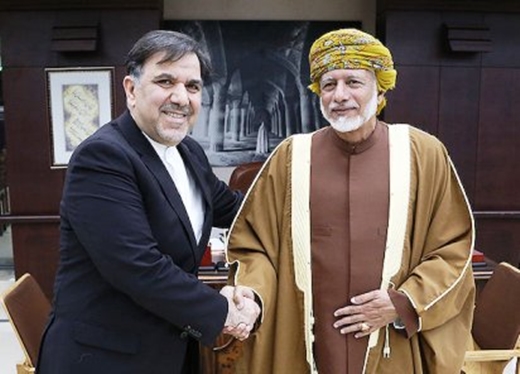 Bin Alawi made the remarks in a meeting with Iran’s Minister of Roads and Urban Development Abbas Akhoundi.

The Omani foreign minister said his country is ready to make investment in Iran, adding the issue has been reviewed during talks with his Iranian counterpart Mohammad Javad Zarif.

The corridor will help the Islamic countries benefit from the Iranian and Omani ports, he said.

Referring to technological development that Iran has achieved in the ports, bin Alawi stressed importance of expansion of relations with Tehran in Iranian port of Chabahar and the Omani ports.

Maritime transport should be facilitated in the two countries, he noted.

Bin Alawi, heading an Omani delegation, arrived in the Iranian capital on Saturday.