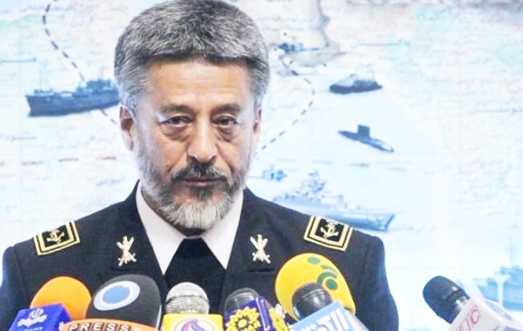 Iran Navy Commander Rear Admiral Habbibollah Sayyari said on Wednesday June 8 that so far, 41 Iranian fleets dispatched to the Gulf of Aden have succeeded in providing the safety of 2,500 cargo and tanker vessels on the open seas.

Speaking at a local gathering in the southern province, Sayyari said that the presence of pirates in the region had led to a lack of security in the Gulf of Aden. “The Iranian Navy is safeguarding the country’s resources and interests on the high seas,” stressed the commander.

He added that presently the 41st flotilla, consisting of the Lavan logistical warship and the Shaheed Naqdi destroyer, had been dispatched to the Gulf of Aden to safeguard maritime routes used by cargo ships and tankers.

Sayyari stressed that currently the Iranian Navy has attained self-sufficiency in maintaining and repairing its own vessels, as well as constructing and modernizing its missile carriers, destroyers and other equipment.

He added the Iranian Navy would unveil its latest surface and sub-surface vessels by the end of the current Iranian calendar year (March 20, 2017).