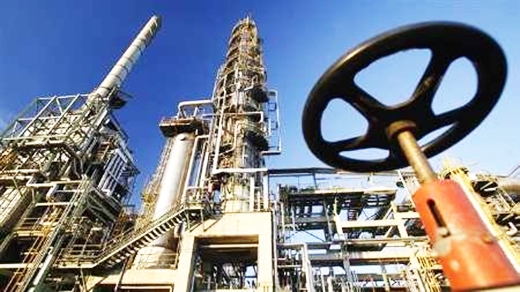 An NIOC official has announced the launch of Iran-Shell talks on supplying oil to the Anglo-Dutch company’s refineries in South Africa.

Seyed Mohsen Ghamsari, Executive Director for International Affairs at National Iranian Oil Company (NIOC) made the remarks saying “despite the initiation of negotiations, no final agreement has been reached yet.”

In response to a question about the amount of oil sales to Royal Dutch Shell Oil Industry Company in case of sealing a deal, the official estimated that grounds will be provided for selling oil in accordance with pre-sanctions period which amounted to 100 thousand barrels per day.

Ghamsari further pointed to the timetable for resumption of crude oil exports to South Africa stressing “in South Africa, shares of crude refineries belong to international oil companies who will decide on the issue.”

The NIOC official emphasized that so far several talks have been conducted with Royal Dutch Shell, BP (British Petroleum) as well as Petroliam Nasional Berhad (PETRONAS) of Malaysia; “overall, Iran will supply a portion of oil required by Shell’s refineries in South Africa.”

Managing Director of National Iranian Oil Company (NIOC) Roknodin Javadi had previously announced the possibility of deploying Iranian crude to Chevron refinery in South Africa as an American multinational energy corporation; “according to the policies of the Islamic Republic of Iran, there exist no limitations on selling oil to American refineries.”

The South African Deputy Minister of Energy, Ambassador Thembisile Majola had also announced South Africa’s plan to purchase oil from Iran saying “majority of South African refineries are managed by foreign companies and we could encourage them to resume trade with Tehran following the removal of oil sanctions.”

Meanwhile, Seyyed Asghar Hendi, alternate director of NIOC board of managers, had described the latest status of Shell’s solvency asserting “the European company has cleared its debt to Iran while the rest of Oil Ministry’s demands are being negotiated and followed up.”

Given the retirement of oil debts, NIOC could seal contracts for the sale of crude oil and condensate with Britain’s Shell Company following the oil sale agreements with France’s total, Lukoil of Russia, Spain’s Cepsa as well as Hellenic Petroleum of Greece.