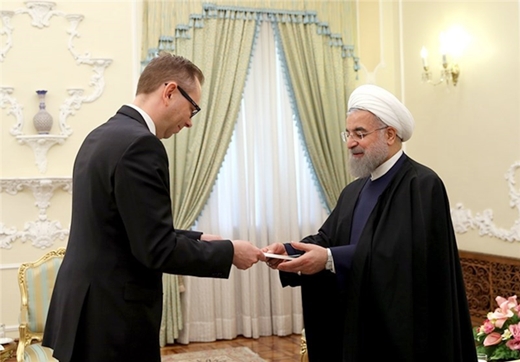 Speaking at a meeting with Iceland’s newly Accredited Ambassador Hermann Örn Ingólfsson, Rouhani said an exchange of delegations and cooperation between private sectors of the two countries would play an active role in the development of the two countries’ ties.

Also at the meeting, Örn Ingólfsson, who submitted his credentials to President Rouhani, asked for expanded relations between Iran and the European Union.

He said that the two countries could cooperate in the fields of clean and renewable energies.