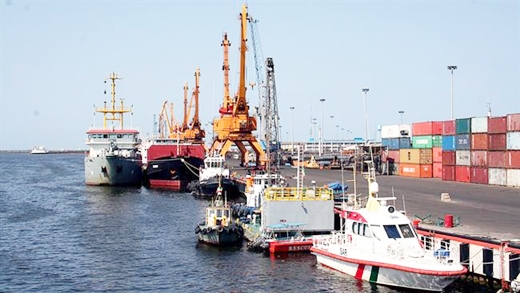 The Islamic Republic of Iran and Kazakhstan have agreed on the establishment of a joint shipping company.

Head of the Islamic Republic of Iran Shipping Lines (IRISL) Mohammad Saeidi announced the news in a Monday interview with official news agency IRNA, noting that the two countries signed an agreement on the establishment of the joint shipping company in the presence of their presidents in Tehran.

The IRISL chief noted that the planned freight shipping line would boost bilateral trade through the Iranian port of Bandar Anzali and Kazakh port of Aktau, both on the Caspian Sea.

On Monday, Iran’s President Hassan Rouhani received his Kazakh counterpart Nursultan Nazarbayev in the Iranian capital city where the two oversaw the signing of a number of agreements in different areas.

Rouhani said Iranian and Kazakh officials signed 66 documents for cooperation, worth two billion dollars, in the public and private sectors, adding that the agreements mark a “turning point” in mutual relations.

Heading a high-ranking politico-economic delegation, Nazarbayev arrived in Tehran earlier in the day to discuss ways to improve mutual relations and the latest regional and international developments.