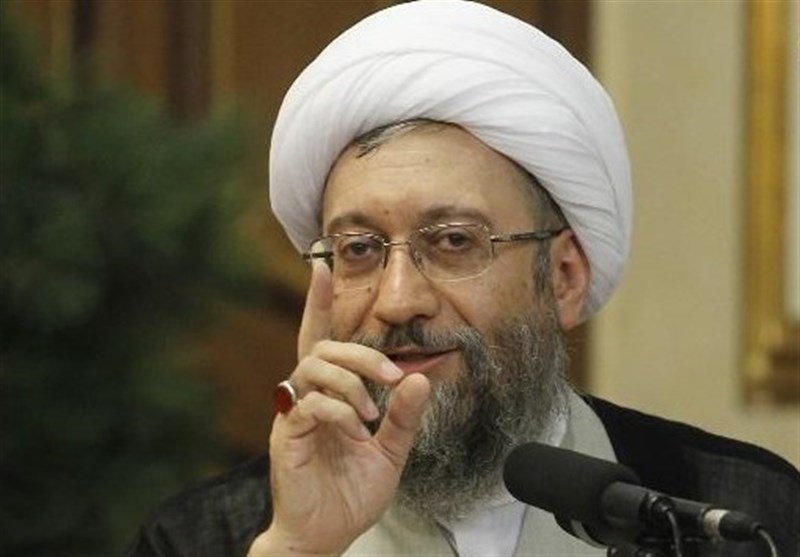 Iranian Judiciary Chief Ayatollah Sadeq Amoli Larijani indirectly criticized Hassan Rouhani’s campaign promise to end the house arrest of opposition figures, saying those who make such ‘provocative’ promises are not in a position to fulfil them.

In a meeting with high-ranking judiciary officials on Monday, Ayatollah Amoli Larijani said the presidential candidates who promised their supporters to end the house arrest of opposition figures after being elected are not in a position to do such a thing.

The judiciary chief did not directly mention President Hassan Rouhani’s name, but he was the only candidate who made such a promise during his presidential campaign.

Ayatollah Amoli Larijani referred to such promises as populist moves aimed at standing against the legal decisions made by Iran’s legal bodies, and warned against making such comments.

He harshly criticized the “media and individuals who try to repeat such remarks in a coordinated way in an attempt to put the Judiciary under pressure,” and warned that they must stop it, otherwise the Judiciary will strongly stop them.

“The country’s highest-ranking security body [Supreme National Security Council] has made a decision regarding the issue. Ending the house arrest has its own procedures like any other SNSC resolution,” he noted, adding that those who are provoking people to stand against such legal decisions are following the spirit of 2009 sedition.

“Even if the SNSC annuls its resolution and the house arrest ends, that is the time when the Judiciary starts its work on the case. The decision about the accusations and the way to punish the convicts will be upon the judge of the case,” Mizan quoted the Judiciary chief as saying.

Speaking in a press conference, Nobakht said the power in the Islamic Republic of Iran is divided between the three branches [judiciary chief, president, and parliament speaker]. “The President should use all its authority.”

He advised the Judiciary chief to raise such issues in the regular sessions of the Supreme National Security Council, where Ayatollah Amoli Larijani is also a member.

“We should not talk about these issues in the media and avoid getting people engaged in such developments,” ILNA quoted him as saying.

Opposition figures Mahdi Karroubi, Mir-Hossein Mousavi and his wife Zahra Rahnavard have been under house arrest since 2011.