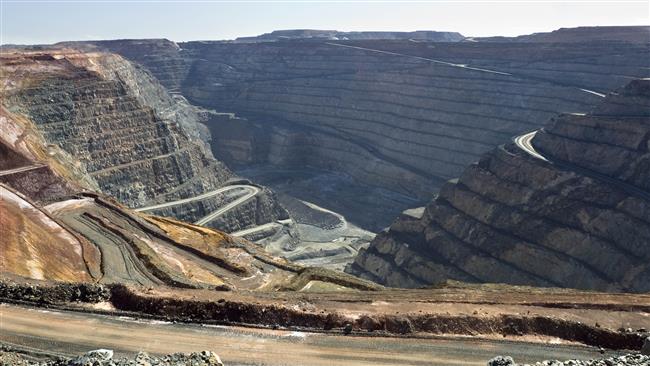 Iran’s mining sector is probably a new darling of foreign investors, with companies from China to Europe lining up to try their hand in one of the least developed industries in the resource-rich country.

Iranian and Italian companies hope to finalize investment plans worth 5 billion euros when President Hassan Rouhani arrives in Rome on Monday on the first leg of a landmark visit to Europe.

“Several memorandums worth 5 billion euros have been prepared with Italy for investment in Iran’s mining industries,” Deputy Industry, Mine and Trade Minister Mehdi Karbasian said on Monday.

The MoUs envisage joint investments in the steel production chain in southern Iran in an area stretching from Chabahar on the Gulf of Oman to Bandar Abbas and Jask in the Persian Gulf, he said.

Italy’s Persiana Metalica would have a majority 60% stake compared to 40% for Iran’s IMIDRO in the ventures, Karbasian added.

The Italians are also about to partner Iranian and Chinese companies on carrying out the second phase of Salco, the largest aluminum smelter plant in Iran.

Karbasian said another MoU has been worked out with France’s Fiault company for downstream aluminum projects which the two sides hope to finalize during Rouhani’s visit to Paris.

Europe is rolling out the red carpet for Iran’s president for the first time in years, with Rouhani about to visit Italy and France through January 25-27.

Italian companies are interested in aluminum and steel projects and French firms are eyeing aluminum and “technical cooperation”, Karbasian has said before.

Japan’s leading steelmakers have also indicated interest in Iran’s mining projects, including production of precious metals such as titanium.

Other Chinese companies are about to begin aluminum and zinc projects in a month, he added without giving details.

Fifteen projects for production of iron ore, steel, chromite, aluminum, bauxite, copper, zinc and gold are to be rolled out for investment, he has already said.

For mining in Iran, foreign investors must set up a company and sign into a long-term deal which includes royalty payment to the state under the current investment law, he said.

“Interested parties can come forward for 100% ownership or enter into joint partnerships with us or do so with a local or international company of their choice.”

Iran awarded development of the Niku’iyeh gold deposit in northern Qazvin in October after an unnamed European company was cited to have been interested in it.

A consortium of Iranian, Omani and Australian companies has also won a $1 billion zinc production project in Mahdiabad of Yazd. It is said to be holding the biggest deposits of zinc in the Middle East, estimated at more than 160 million tonnes on top of sizable reserves of lead, barite and mercury.

The country’s production of iron ore, used to make steel, will reportedly rise to 40 million tons next year from 38 million tons in 2013. Steel output is set to jump to 55 million tons by 2025 from 22 million tons this year, Karbasian said in August.