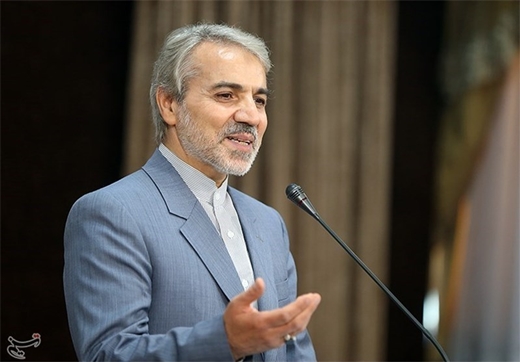 A senior Iranian official says oil prices are likely to jump to unexpected levels in the next Persian calendar year which starts on March 21.

“We can expect oil prices to jump unexpectedly next [calendar] year and given the experience of the past decades, an unrestrained jump may be awaiting the price of oil,” Iranian government spokesman Mohammad-Baqer Nobakht said.

Nobakht, who is also head of Iran’s Management and Planning Organization which drafts annual budget bills, said no international agency had forecast oil prices to drop below $30 a barrel in 2014.

Iran is preparing to supply more crude oil on markets owing to the lifting of international sanctions in January.

However on Friday, oil prices made gains on the strength of speculation on OPEC’s willingness to consider output cuts in a bid to ease the global supply glut.

US benchmark West Texas Intermediate (WTI) for March delivery finished at $29.44 a barrel on the New York Mercantile Exchange, up $3.23.

North Sea Brent crude for April delivery, the European benchmark, shot up $3.30 to $33.36 a barrel in London.

In its annual Energy Outlook report, Britain’s BP forecast the oil price to spike to $100 a barrel over the coming years as a global oversupply of oil will eventually be eroded.

OPEC decided last December to increase its collective output ceiling to 31.5 mb/d from the previous 30 mb/d.

OPEC approved a Saudi plan to scrap allocating fixed production quotas to member countries in December 2011 and introduced output ceiling of 30 mb/d which does not specify quotas.