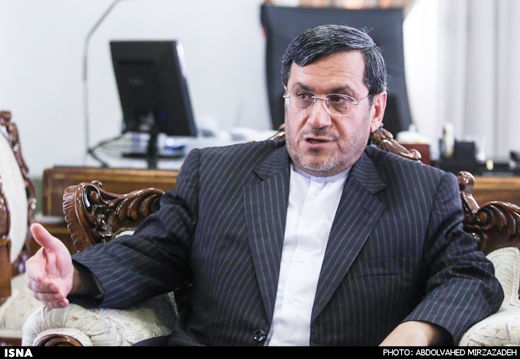 Deputy Foreign Minister for Consular, Parliamentary and Expatriates Affairs Hassan Qashqavi said on Wednesday May 4 that Iran enjoys the proper capacities for luring foreign tourists to visit the country.

Qashqavi, who is in Copenhagen, made the remarks in a meeting attended by several Iranian citizens residing in Denmark.

He reiterated that Iranians residing abroad could play a pivotal role in attracting more foreign tourists to Iran.

Qashqavi travelled to Denmark on May 1, 2016, at the invitation of his Danish counterpart for a three-day visit. Since his arrival in the country, Qashqavi has held talks with several high-ranking Danish officials.

During this period, the number of Iranians who obtained European visas increased by 30%, and by 50% for non-European countries, which indicates the credibility of Iranian passports ease of visa issuing, he said. Countries such as Turkey, Syria and Bolivia are among countries which do not require visa for both sides’ nationals.

All countries except the US, Britain, Canada, Jordan, Somalia, Colombia, Afghanistan, Pakistan, Bangladesh and India can obtain a 30-day airport visa upon arrival, he said (with Iraqis being exceptionally able to obtain airport visas at Mashhad airport).

Medical treatment visas will be issued at half the price of tourist visas for the patients and their companions, he said.