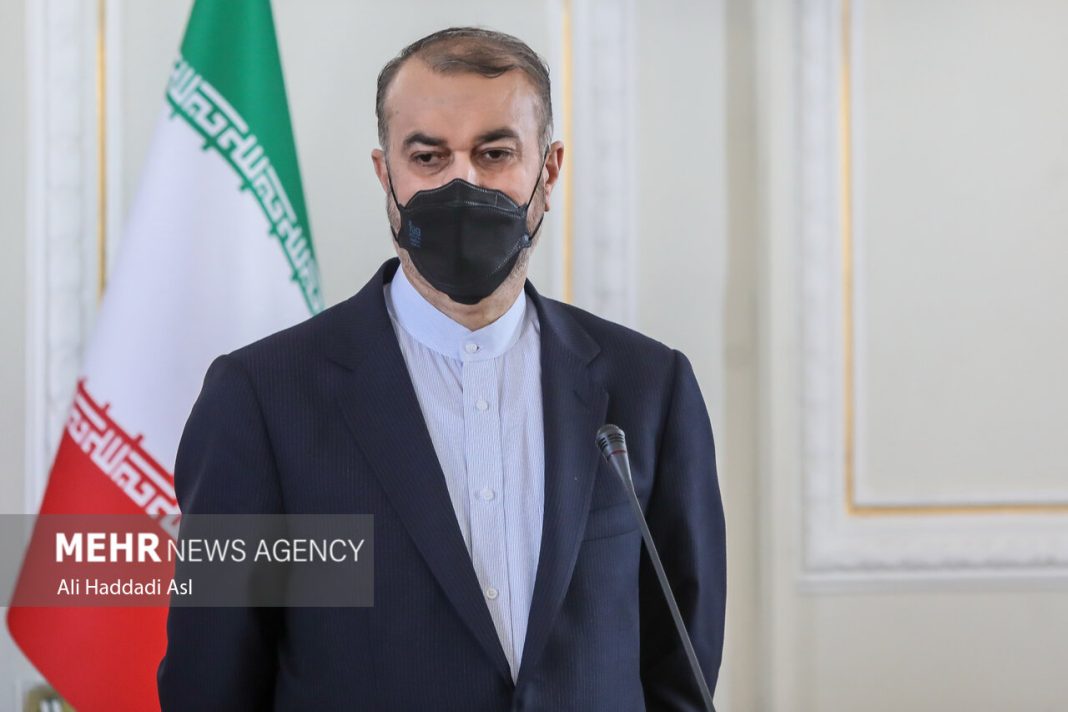 Iran’s Foreign Minister Hossein Amir Abdollahian has said Tehran will not allow any foreign player to negatively affect the country’s national interests regarding sanctions removal in the Vienna talks.

He made those comments at a meeting with a number of Iranian lawmakers on Monday.
Amir Abdollahian noted that Iran welcomes a good and robust deal.

Amir Abdollahian comments come as Russia has demanded that its nuclear cooperation with Iran be not affected by the Ukraine-related sanctions placed on Moscow by the US and other Western governments.

Iran and the P4+1 group say a deal is nearly ready to be signed to revive the 2015 nuclear agreement, known as the Joint Comprehensive Plan of Action, JCPOA.

They however say a couple of differences remain to be resolved before the signing of the deal.

Iran also says reaching a deal is now contingent on a political decision by the US.
The JCPOA plunged into disarray after former US president Donald Trump left it in 2018 and reinstated sanctions on Iran.