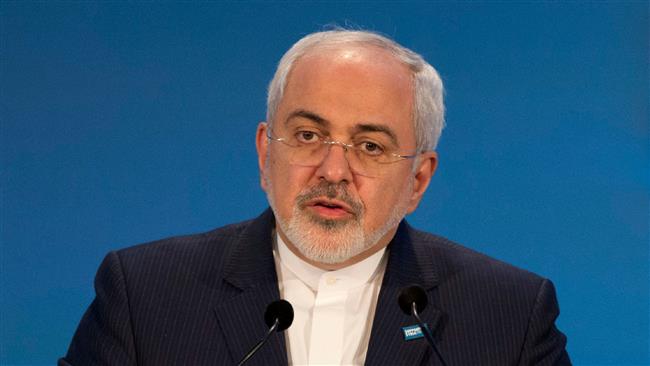 The Iranian foreign minister says the precedent of the nuclear agreement between Tehran and the P5+1 group of countries can be employed to help resolve all crises around the globe.

“The nuclear agreement was one of the rare cases where diplomacy prevailed,” Mohammad Javad Zarif said in an address to the Royal Institute for International Relations, known as the Egmont Institute, in the Belgium capital of Brussels on Monday.

He added that the reason behind the resolution of the Western dispute with Iran over the country’s nuclear program was a shift in the approach toward the issue at hand.

Zarif said as a result of the nuclear deal, the West, on the one hand, has the most concrete guarantees about the peaceful nature of the Iranian nuclear program and on the other hand the sanctions on Iran have been lifted.

Iran and the five permanent members of the UN Security Council – the United States, France, Britain, China and Russia – plus Germany started to implement the Joint Comprehensive Plan of Action (JCPOA) over Tehran’s nuclear program on January 16.

Pointing to the security and terror crises in Europe, Zarif said the West cannot expect to enjoy security while other regions in the world are reeling from insecurity.

“We should know that these crises are common threats and challenges to us all,” the Iranian minister pointed out.

He said the crises have to be seen from a global standpoint in a way that “every crisis is a crisis for all.”

“I am of the belief that if we could redefine our issues in the region through the inclusion of others and not their exclusion, we can find a solution,” Zarif added.

To address the issue of Daesh Takfiri militants and terrorism, he said, “We need a global solution to stop hatred.”

The Iranian foreign minister also referred to the Saudi massacre of Yemenis, criticizing the approach where “a country sees its interests not in having friendly neighbors but in their elimination.”

Since March 26, 2015, Yemen has been under military attacks by Saudi Arabia with the declared aim of undermining the Houthi Ansarullah movement and restoring power to fugitive former Yemeni president, Abd Rabbuh Mansur Hadi, a Riyadh ally.