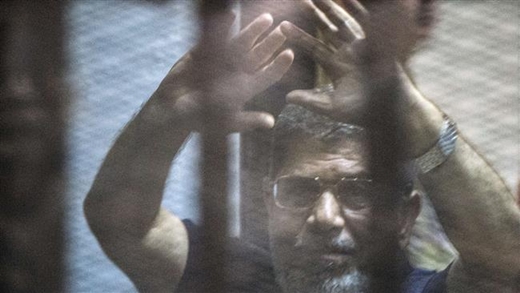 The Iranian Foreign Ministry spokeswoman said the verdicts which encourage violent measures and a policy of elimination could harm Egypt’s image and credibility.

Iran has expressed concern about Egypt’s recent string of death sentences, saying the verdicts could tarnish the image of the North African country.

Foreign Ministry Spokeswoman Marzieh Afkham on Tuesday expressed regret about Egypt’s recent death penalties and said the verdicts which encourage violent measures and a policy of elimination could harm Egypt’s image and credibility.

“We believe that certain problems and divisions could be resolved based on the lofty goals of Egypt’s popular revolution as well as through national dialog and political consensus among the peaceful, political and social movements,” Afkham added.

On Saturday, a court in Egypt sentenced former President Mohamed Morsi along with 105 others to death for a mass prison break in 2011 during the country’s revolution against long-time dictator Hosni Mubarak.

The death sentences are now to be referred to the Grand Mufti, Egypt’s highest religious authority, for consultative review and the final decision will be pronounced on June 2. The Grand Mufti’s verdict is non-binding on the court.

Back in April, Morsi was also given a 20-year prison term in a separate trial on charges of protester deaths in 2012. The case stemmed from the deaths and torture of demonstrators outside Morsi’s presidential palace in December 2012.

In July 2013, Morsi, the country’s first democratically-elected president, was ousted in a military coup led by the former head of the armed forces and the current President Abdel Fattah el-Sisi.

The Egyptian government has been cracking down on any opposition since Morsi’s ouster, banning the Muslim Brotherhood movement and arresting thousands of his supporters.