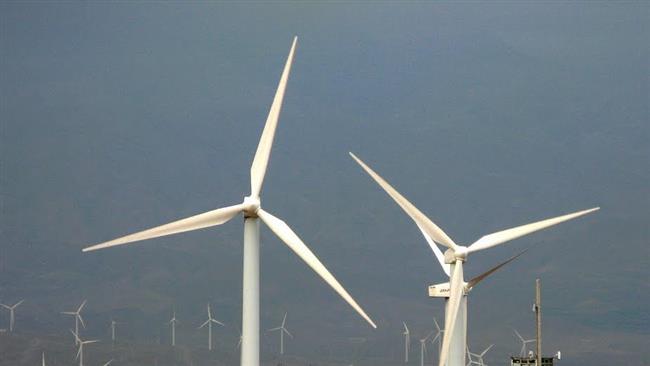 The Iranian government says it plans to double the capacity of wind and solar power generation across the country.

A top Iranian energy official says the country will see its capacity of renewable energy doubled by the end of the current Iranian calendar year (March 20, 2015).

Homayoun Haeri, who serves as the director of Iran’s Power Generation and Transmission Company (TAVANIR), said Wednesday that the government plans to double the capacity of Iran’s wind and solar power generation across the country.

The official also noted that Iran is currently among major countries in the region in terms of the electricity generation capacity, although it still has a lot to do to optimize energy consumption.

Iranian officials announced in October that they have comprehensive plans for the production of 5,000 megawatts (MW) of electricity using renewable energy sources until 2018. Iran currently produces 10,000 MW of electricity from hydropower plants.

Due to its geographical position, Iran enjoys enormous potential for the production of different kinds of renewable energies, including geothermal, solar and wind power.

The country seeks to gradually shift its energy consumption toward renewable resources in a bid to derive the remarkable economic benefits of the sector and tackle its growing environmental issues.