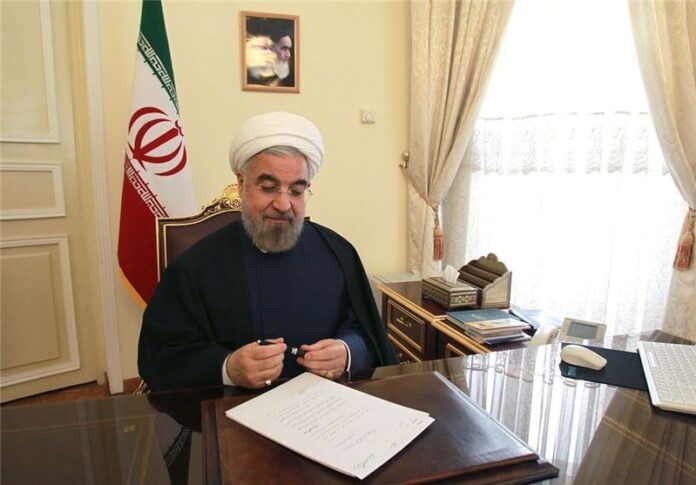 Iranian President Hassan Rouhani has, in a message to his Turkish counterpart Recep Tayyip Erdoğan congratulated him on the 96th anniversary of Turkey’s Republic Day.

In his message, Rouhani also noted that cooperation between Tehran and Ankara can ensure regional security.

The full text of the message follows:

I wholeheartedly congratulate you and the people of your country on the anniversary of the independence of the Republic of Turkey.

Fortunately, historical, friendly and cordial relations between the Iranian and Turkish nations have always been growing. The formation of the [Iran-Turkey] High Cooperation Council as well as regular meetings together with the sessions of different specialized commissions held between the two countries such as those of the Joint Economic Commission, the Joint Transportation Commission and the Strategic Agriculture Committee have given fresh impetus to mutual relations.

Developments in the region over the past decade and the prominent role of the Islamic Republic of Iran and the Republic of Turkey in helping settle issues show cooperation between the two major neighbours can be instrumental in ensuring peace, security and stability of regional countries.

I ask God Almighty to grant you health and success and bestow prosperity on the people of the Republic of Turkey.

Hassan Rouhani, President of the Islamic Republic of Iran