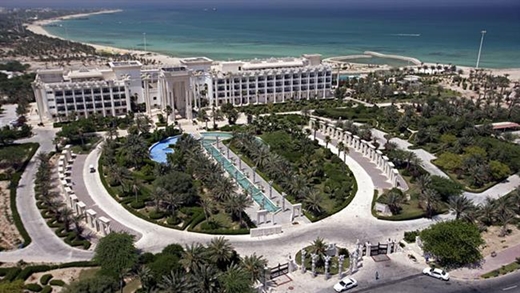 Hotel groups in Persian Gulf Arab states are seeking to boost their portfolios in Iran as they see the country emerging as the most lucrative hospitality development market.

International hoteliers are heartened by the plan and spurred by the recent finalization of nuclear talks, they see the ground being paved for expansion of the country’s infrastructure and industrial base.

“There has already been talk of an investment of $185 billion in oil and gas projects, as well as further development of the country’s metals and automotive industries, while general trade is certain to rise which will give a tremendous boost to the region,” president and CEO of UAE-based Cristal Hotels Peter Blackburn says.

The legion of traders, entrepreneurs and politicians is already trickling in and Tehran is struggling to offer suitable and sufficient accommodation.

“In addition to business interests, there is considerable demand for Iran as a new tourism destination,” Blackburn told the Arabian Business.

“And we can see potential to grow in all sectors in the country, taking advantage of new financial incentives as well as the transformation of the image of Iran in global markets,” he added.

The UAE-based Rotana plans to open a five-star 600-room hotel in Tehran this year and another in the pilgrimage city of Mashhad.

Head of the Iran Touring and Tourism Investment Company (ITTIC) Mohsen Gharib has said the country has to prepare for a “tsunami” of foreign tourists. But the torrent is on course to pose serious challenges, given Iran’s underdeveloped hospitality market.