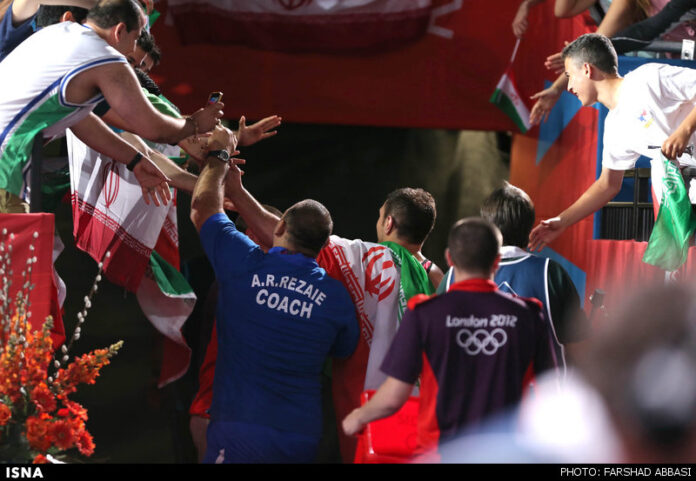 Iran’s wrestling team beat the Americans 5-3 on Sunday in Los Angeles to win the prestigious international title for a fourth time in a row.

Iran beat the United States to win the 2015 Freestyle Wrestling World Cup. Iranian wrestlers defeated the US squad competing on home soil to win the tourney.

Iran’s wrestling team beat the Americans 5-3 on Sunday in Los Angeles to win the prestigious international title for a fourth time in a row.

The victory came as a cheering Iranian crowd filled the venue to applaud the world-class Persian wrestlers.

Iranian wrestler Komeil Qassemi waved the Iranian flag after beating one of his opponents in the 2015 Freestyle Wrestling World Cup in the United States.

Iran beat Belarus and Turkey 8-0 and 7-1, respectively before topping Azerbaijan 7-1 in the pre-final match.

Iran has won five editions of the international competition, including the three last rounds. The tournament, which has been held annually since 1973, features the top teams in the global ranking from the previous year of the competition, Press TV reported.

Meanwhile, in a message, the Supreme Leader has congratulated the team on their stellar performance and championship in the event.