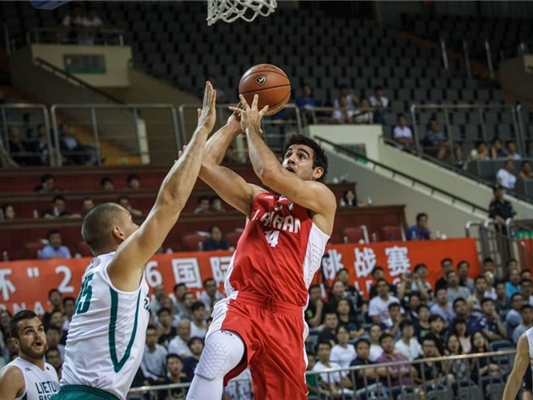 The Iranian team had already defeated the European team in group stage. Hamed Haddadi led the way for Iran with 22 points.

The completion was an international basketball tournament hosted at the Suzhou Sports Centre in Suzhou, China, with eight teams participating.

The national team advanced to the final in last year’s edition but finished in second place after losing to China.

Iran is preparing for the FIBA Olympic Qualifying Tournament which will be held in Turin from July 4 to 9.