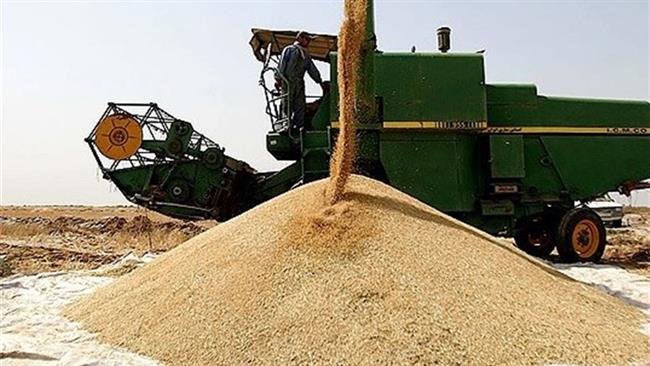 Agriculture officials have already said they foresaw no major wheat imports in the calendar year of 1395 because better rainfall so far is expected to boost domestic harvest.

“There is no need for wheat imports in 1395. Please avoid registering any order for wheat (imports) from this date,” Minister of Agriculture Mahmoud Hojjati said in a letter dated a week ago, Tasnim news agency reported Monday.

The letter addressed to Minister of Industry, Mine and Trade Mohammad Reza Nematzadeh cited Iran’s state of the wheat inventory in the wake of a satisfactory harvest year and imports made so far.

In his letter, Hojjati said units which need to import pasta-making durum wheat must make their purchases from the Government Trading Company (GTC). Otherwise, they would have to use foreign exchange at free-market rates for their buys.

Iranian importers usually get foreign exchange at concessionary rates from the government for imports of basic commodities such as wheat, rice, raw sugar, crude vegetable oil and medicine.

“We will have no wheat imports next year and given satisfactory precipitations in the month of fall, we can approach the point of self-sufficiency,” he said in November.

The Iranian government bought more than 8 million metric tons of wheat from local farmers in the crop season of the current Iranian year. It planned to export 300,000 metric tons of durum wheat, Qanbari has said.

Earlier this year, the government imposed import duties on wheat and barley to protect local farmers from cheap imports and to prevent imported grain being re-sold to the government at higher prices.