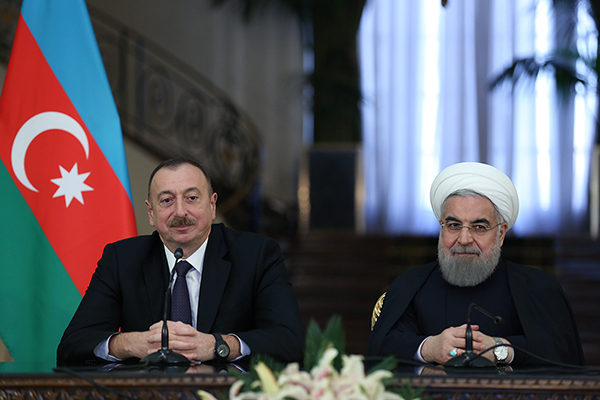 Iranian and Azerbaijani officials signed 11 memorandums of understanding (MOUs) on the sidelines of a meeting between Azerbaijani President Ilham Aliyev and his Iranian counterpart Hassan Rouhani in Tehran on Tuesday.

The documents were signed for bilateral coopertion on preventing consequences of emergency states and Tehran-Baku cooperation for customs affairs and livestock health.

President Aliyev of Azerbaijan arrived in Tehran earlier on Tuesday heading a high-ranking delegation. He is visiting Iran upon an invitation by President Rouhani.

The visiting Azeri president was officially welcomed by his Iranian counterpart at the Cultural and Historical Complex of Saadabad in north of Tehran.

Upon arrival at Tehran’s Mehrabad Airport, President Aliyev was warmly welcomed by Minister of Information and Communications Technology Mahmoud Vaezi.

He expressed hope that the visit would help broaden affinities between the two nations more than ever.