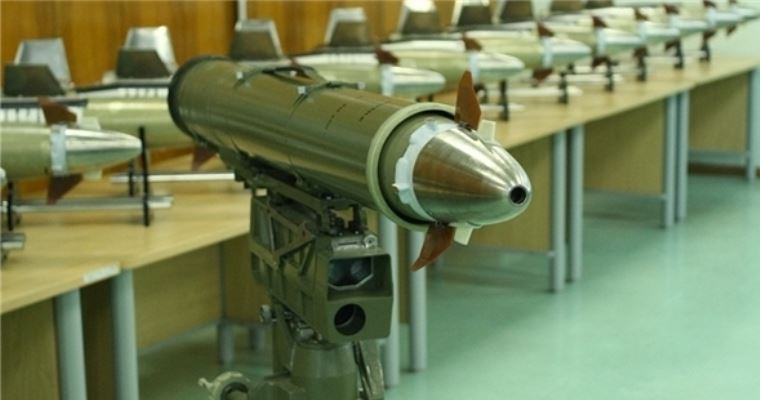 Different types of military hardware and weapons are deployed both in the water and on land during the drill, which is the largest of its kind in the region.

The Iranian Army has unveiled and tested its military hardware in the second phase of the major military exercises code-named Mohammad Rasoulollah (Mohammad, the Messenger of God) in the south of the country.

Various units of the Iranian Army’s Ground Forces participated in the maneuvers and different defense systems, including newly-developed ones, were tested in this stage of the maneuvers on Friday.

Zolfaghar and Samsam Tanks, both domestically manufactured, were also used in the exercises.

Newly-developed Iranian tank carriers were also used in the drills and facilitated the rapid transfer of the tanks.

Dehlavieh and Toofan anti-tank missile systems were also successfully tested by the Ground Forces in the exercises, with the latter fired by helicopters as well.

The Ground Forces also tested its drones including Shahin in the exercises which conducted reconnaissance and data collection operations.

Phantom fighter jets and other units of the Airborne Division of the Iranian Army’s Ground Forces were also used in the drills.

A mine-laying vehicle was also unveiled during the maneuvers as a new achievement. The vehicle has the capability to mine a large area in a short period of time.

During the first stage of the six-day military drill on Thursday, different ground units, fighter jets and air defense systems were stationed in the southeastern part of the country. Various marine, surface, and subsurface vessels were also deployed in the Sea of Oman.

The exercises cover an area of 2.2 million square kilometers stretching from the east of the Strait of Hormuz all the way to the 10th parallel north in the Indian Ocean.

The joint drills by Iranian Army’s ground, naval, and air forces are backed by Khatam al-Anbia Air Defense Base.

Different types of military hardware and weapons are deployed both in the water and on land during the drill, which is the largest of its kind in the region.