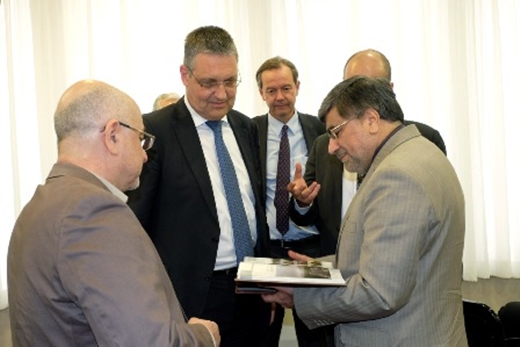 Iran's Minister of Culture and Islamic Guidance Ali Jannati, and the State Secretary of the German Federal Foreign Office Markus Ederer, encouraged the promotion of cultural cooperation between Iran and Germany.

During their meeting, Jannati said that there are good grounds for cooperation between Tehran and Berlin in the fields of culture, arts, science and economics.

He urged the exchange of experience and signing cooperation documents between the two sides in the areas of language teaching, archeology, cultural heritage, cinema, theatre, and music, in order to boost all-out ties.

Iran is ready to teach German language in its schools, the Culture Minister said.

For his part, the German official hailed the expansion of cultural ties between Tehran and Berlin, and welcomed the signing of cooperation documents in the above-mentioned areas.