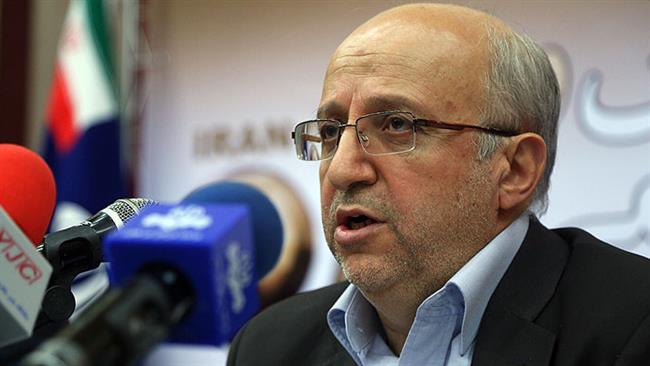 Javadi said international companies active in the oil industry are ready to cooperate with Iran within the framework of deals based on the new Iran Petroleum Contract.

An Iranian deputy oil minister says following introduction of the new format of Iran’s oil contracts, international companies have indicated their readiness to work with Iran based on the new contract.

Roknoddin Javadi, deputy oil minister and managing director of the National Iranian Gas Company (NIGC) made the remarks on Saturday after a meeting with senior executives of a number of international oil giants on the sidelines of an international conference in Tehran.

The conference, dubbed “Tehran Summit: Iran Oil and Gas Projects and Domestic Capacities,” opened in Tehran on Saturday to lay out 50 oil and gas projects for development through foreign investment which Iran hopes to pour in with the lifting of Western sanctions.

In an interview with SHANA, the Iranian Oil Ministry’s official news agency, Javadi said his negotiations with representatives of foreign companies have been positive, adding, “These and other international companies active in the oil industry are ready to cooperate with Iran within the framework of deals based on the new Iran Petroleum Contract (IPC).”

The official added that during his talks with France’s Total and Malaysia’s Petronas, they have discussed available grounds for development of hydrocarbon fields in Iran and commissioning of liquefied natural gas (LNG) plants.

“Representatives of [Russia’s] Lukoil have also indicated their readiness to cooperate with the National Iranian Oil Company in the field of developing [hydrocarbon] fields,” he said.

As many as 250 representatives from 33 countries attended the Saturday conference, during which Iran introduced a new contract format offering better incentives to investors than the previous buy-back deal.

Head of the Iran Contracts Restructuring Committee (ICRC) Mehdi Hosseini said no American company took part in the event, but a number of big oil and gas entities sent their representatives.

The new contract includes specifications of the production-sharing agreements, which will encourage investors to produce more oil and develop a field for longer terms.

Each individual project will have tailor-made contracts, rather than a uniform format for all projects.

The Iran Petroleum Contract (IPC) also gives investors the opportunity to participate in operation and production for 20 years that can be extended to 25 years, according to officials.