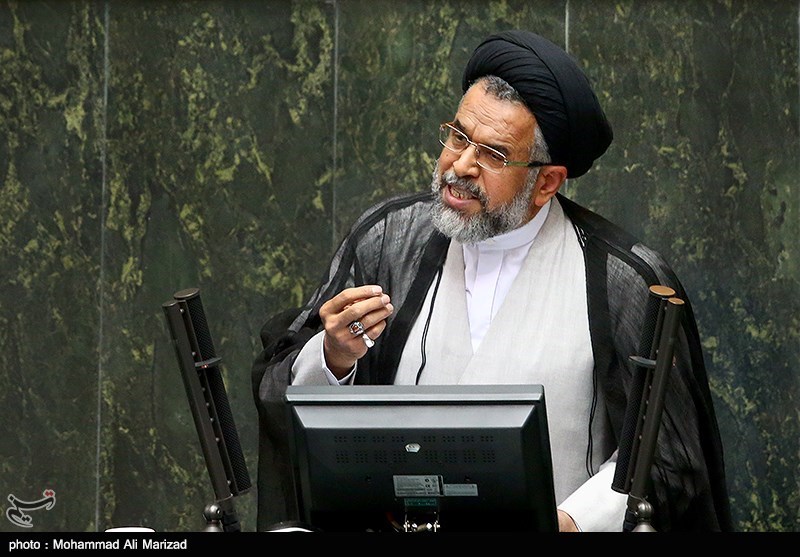 Intelligence Minister Mahmoud Alawi stressed that there is not a single hostile move with the purpose of infiltration out of sight of the Iranian intelligence forces.

Intelligence Minister Alavi, who was invited to the Parliament to answer the questions of 3 lawmakers regarding the issue of infiltration, assured the MPs that all schemes with the aim of making inroads into Iran are under control of the intelligence forces.

Appropriate measures have been taken to counter the hostile plots against Iran and all cases of infiltration attempts have been foiled by the intelligence forces, Alawi underscored.

Asked about a summer trip to Iran by Jim Dabakis, a member of the Utah State Senate, the minister made it clear that the American politician was kept under surveillance by the intelligence forces during his stay in Iran.

How would the Intelligence Ministry, which keeps a close watch on terrorist moves and captures Takfiri militants and members of ISIS trying to cross the borders, fail to notice a visit by Dabakis who entered the country with a passport and via legal borders, he wondered, as reported by Tasnim.

In September, KUTV, a local new agency in Salt Lake City, Utah, reported Dabakis’ visit to Iran, quoting the state senator after his return to the US as saying that people of Iran are ready to mend relations with the US even if their government is not.

Elsewhere in his remarks, Alavi said that a British-Iranian member of the country’s nuclear negotiating team has been cleared of spying allegations.

Abdolrasoul Dorri Esfahani, part of the team that secured a nuclear accord with world powers last year, was arrested in August and described by a judiciary spokesman as an “infiltrating spy”.

But in a written note to the Parliament, Alavi said the case had been dropped, as reported by IRNA.

“According to the views of the intelligence ministry’s experts, Mr Dorri Esfahani was not engaged in spying,” the note said, according to Vice-Speaker Massoud Pezeshkian.

Finally, the MPs who had asked the Minister to come to the Parliament and answer their questions, were convinced by Alavi’s responses.