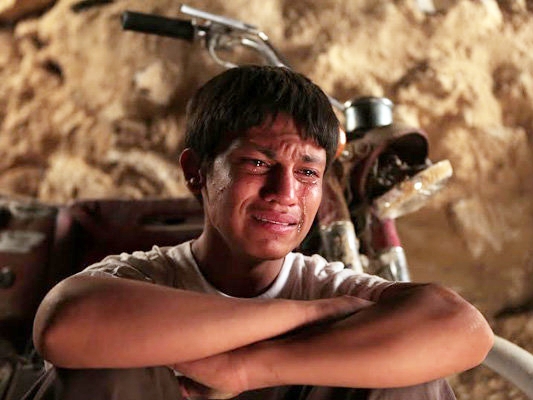 Iranian filmmaker Hadi Mohaghegh won the Silver Apricot prize for his film “Immortal” at the 13th edition of Yerevan International Film Festival. Mohaghegh dedicated his award to Abbas Kiarostami, who recently passed away at 76.

‘Immortal’ (‘Mamiro’ in Persian) directed by Hadi Mohaghegh and produced by Majid Barzegar scooped the Silver Apricot prize for best feature film and the Ecumenical Jury Award at the 13th Yerevan International Film Festival in Armenia.

The film chronicles the story of Ayaz, a lonely sixty-year-old man who detests his life and feels guilty about the death of his family. Now, Ayaz lives with his teenage grandson, Ebrahim, who is the last surviving member of his family, and his wife’s voice on a cassette tape.

Mohaghegh dedicated the Silver Apricot to acclaimed Iranian filmmaker Abbas Kiarostami, who passed away on July 5 in Paris where he was receiving treatment for gastrointestinal cancer.

The annual Golden Apricot International Film Festival was formed in 2004 in Yerevan. The festival held its 13th edition from July 9 to 16 in the Armenian capital.