How many international media have offices in Iran? 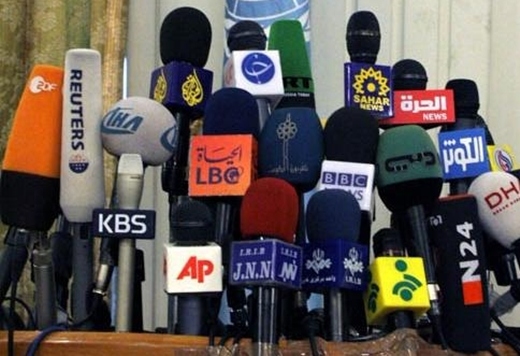 Up to 41 of the broadcasters are Islamic broadcasters, among them Al-Manar, Al Mayadeen, Aletejah, Al Forat, Beladi, Al-Ahd, Al Ghadeer, Al-Salam and Al-Quds.

The Syrian Arab News Agency (SANA), the Voice of Afghanistan and Iraq’s al-Nakhil are three of the six Islamic news agencies with offices in Iran. Of the 26 publications, five are Islamic, including the Emirati newspaper of Al-Ittihad and the Lebanese daily of As-Safir.

CCTV, Phoenix, China Radio International as well as Germany’s RTL, ZDF, ARD and Austria’s ORF are some of the international broadcasters with offices in Iran, the report said.

American TV channels CBS, ABC, NBC, and CNN have journalists and correspondents on the ground in Tehran.

Up to 285 journalists work for these foreign news outlets. More than 190 of them are Iranian, 92 are foreigners, and 40 are women.

Last year [ended on May 20, 2015], some 650 foreign journalists were granted a press visa to cover different national events across the country.