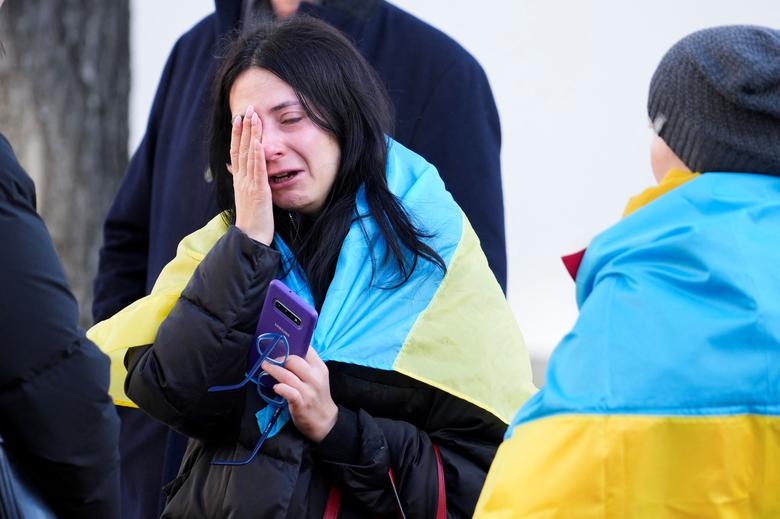 As Kiev appears set to fall to incoming Russian forces, Iranian social media users are drawing attention to the discrepancy between the resistance put up by the Iranian nation when Iraq invaded Iran in 1980 and what they call the disinclination by the Ukrainian people to defend their country at all.

Iranians, shocked by Russia’s lightning advances toward the Ukrainian capital, posted a torrent of comments on social media in praise of the brave Iranian soldiers who put up stiff resistance for eight years (1980-1988) in the face of the army of the ex-Iraqi regime, which had the backing of the world’s largest powers back then.

“Ukraine did not survive even for 24 hours, despite enjoying the West’s support and advanced arms…but our soldiers and martyrs stood against the world with empty hands for eight years,” wrote a twitter user, Ali Akbar Ghasemi, in a tweet.

“Now that Russia has arrived at the Ukrainian capital in less than three days, I just realized [ex-Iraqi dictaror] Saddam had rightly predicted, with all the estimates and military equipment in his possession, that he would come to Tehran in three days!” wrote another user, Seyyed Amir.

“He (Saddam) had, however, failed to predict something! And that was the presence of these dear ones (martyrs) guided by their Leader,” he said in a tweet, which was accompanied by the pictures of a number of Iranian martyrs. 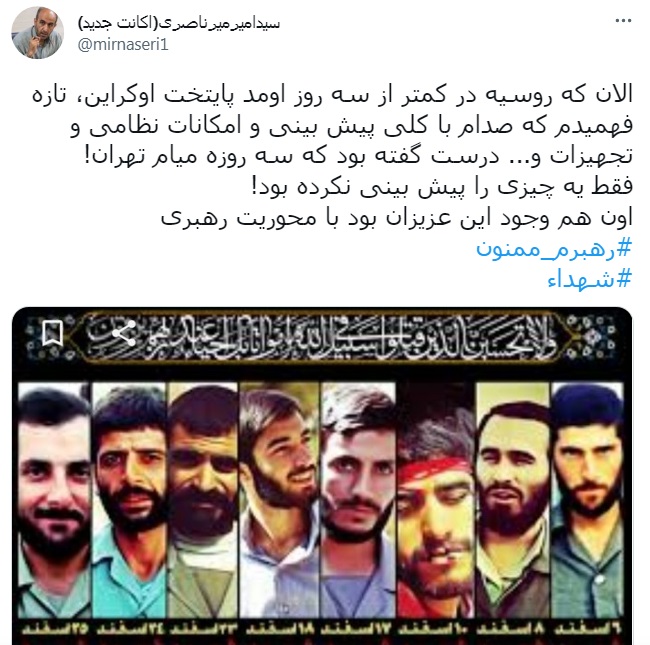 “No one should forget! We stayed alive and witnessed the fall of every city in Syria, Iraq, Afghanistan and now Ukraine, within only 24 hours. We should appreciate more than ever those who stayed in Khorramshahr [for over a month at the onset of the war] and stopped Iraqi military vehicles,” tweeted Mahdi. Many tweets carried photos of Iran’s top-anti-terror commander, Lieutenant General Qassem Soleimani, who led the region’s fight against Takfiri militancy before being assassinated by the US in early 2020.

The crisis in Ukraine prompted Iranians to once again pay tribute to General Soleimani’s sacrifices in defense of Iranian borders.

Many also flashed back to the guidelines of Leader of the Islamic Revolution Seyyed Ali Ayatollah Khamenei, who advised the nation, on numerous occasions, not to put its trust in the West when it comes to the issue of defense.

“Those who have the illusion that they can ensure their security by relying on others should know that they will be soon slapped in the face due to this (illusion),” said Ayatollah Khamenei once.

Twitter user Nastaran wrote, “The developments in Ukraine proved this precious statement of my dear leader.” 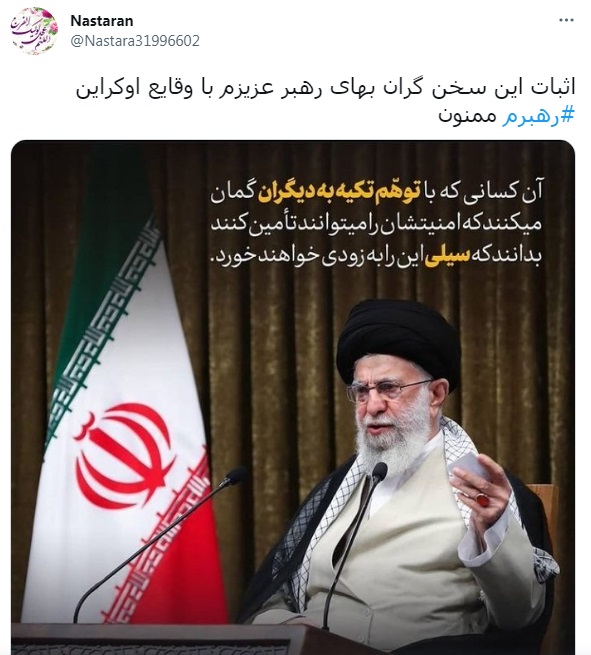 Meanwhile, Mahmoud Askarieh, a media activist, criticized the United Nations’ dual approach to the crises in Ukraine and Yemen, an impoverished country that has been the target of a bloody Saudi-led war since early 2015.

In tweet addressed to UN Secretary-General Antonio Guterre, Askarieh slammed the UN chief for being quick to ask Russia to end the campaign and not to endanger the lives of Ukrainians, but failing to make a similar plea when the Saudi regime and its allies attacked Yemen.

Russia announced the launch of a full-blown military operation into Ukraine on Wednesday. A day of fighting saw clashes and casualties reported around the country.

With the Ukrainian army in disarray in the face of Russia’s sweeping advances, Ukrainian President Volodymyr Zelensky criticized the Western allies for leaving Ukraine alone in the crisis.