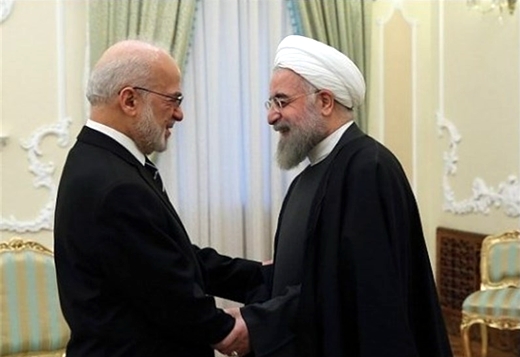 Iranian President Hassan Rouhani referred to Saudi Arabia’s “hasty” decisions as detrimental to regional security, saying such moves would only exacerbate the tensions in the Middle East.

In a Wednesday meeting with Iraqi Foreign Minister Ibrahim al-Jaafari here in Tehran, Rouhani referred to the recent positions and measures taken by Saudi Arabia as being on the path of worsening the conflicts and rifts in the region.

Rouhani stressed that amid the ongoing fight against terrorism in the Middle East, unity and solidarity among regional countries is now needed more than ever.

Jaafari, for his part, affirmed that any rise in the conflicts and tensions among regional countries would spoil the solidarity and unity among Muslim countries.

He also hailed as “wise and prudent” the Islamic Republic’s policies in the region and world, and admired Iran’s strong diplomacy, which incorporates patience and courage.

In similar remarks, Rouhani had earlier on Wednesday lashed out at the Saudi regime’s policies and measures that cause further rifts between Shiites and Sunnis.

“Unfortunately, the government of Saudi Arabia, which is the government of an Islamic country, has long been trying to raise and exacerbate conflicts between Shiite and Sunni Muslims,” Rouhani said in a cabinet meeting in Tehran.