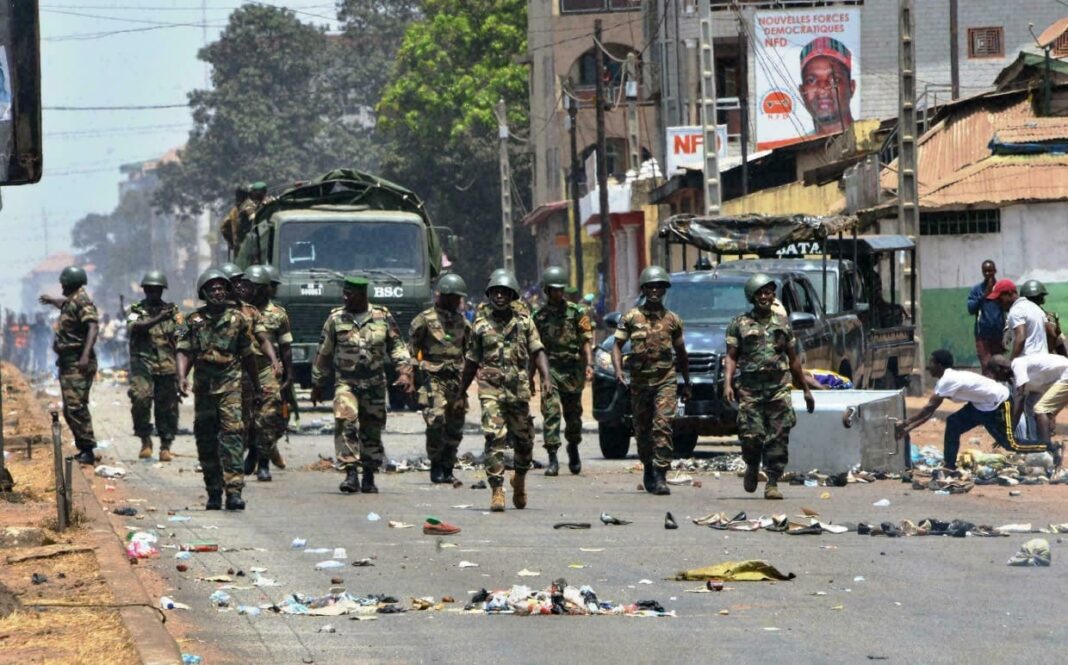 Guinean President Alpha Conde has been reportedly detained by the military on Sunday in an apparent coup in a country with a long history of military power grabs.

The ongoing unrest broke out in the capital city as local media reported that heavy gunfire was coming from Conakry’s upscale neighborhood of Kaloum, housing the presidential palace and other government buildings.

In another video, purportedly shot on Sunday, gunfire can be heard in the background.

The unrest is reportedly led by Lieutenant Colonel Mamady Doumbouya, a former French legionnaire and an elite military unit commander.

A video and several photos purport to show Conde detained by heavily armed soldiers and then being driven away to an unspecified location.

As Conde was arrested, the leader of the coup released a brief video address, accusing the president of “trampling” on people’s rights and leading the country’s economy into a state of “dysfunction”.

Doumbouya announced the dissolution of the government, as well as the closure of the country’s air and land borders, while proclaiming Guinea’s constitution void.

The latest presidential election, held in October last year, however, was surrounded with much controversy. The longtime leader had changed the country’s constitution before the polls, allowing himself to run for the third time. The election was also marred by violent opposition protests, as well as crackdowns on them by the authorities.

Shortly after the address, however, the Guinea’s Defense Ministry claimed the attack on the mutinous special forces had been successfully repelled and the military loyal to the elected government was working to restore order in the capital. The ministry did not elaborate on the whereabouts of the president, sowing further confusion on who exactly holds power in the country.