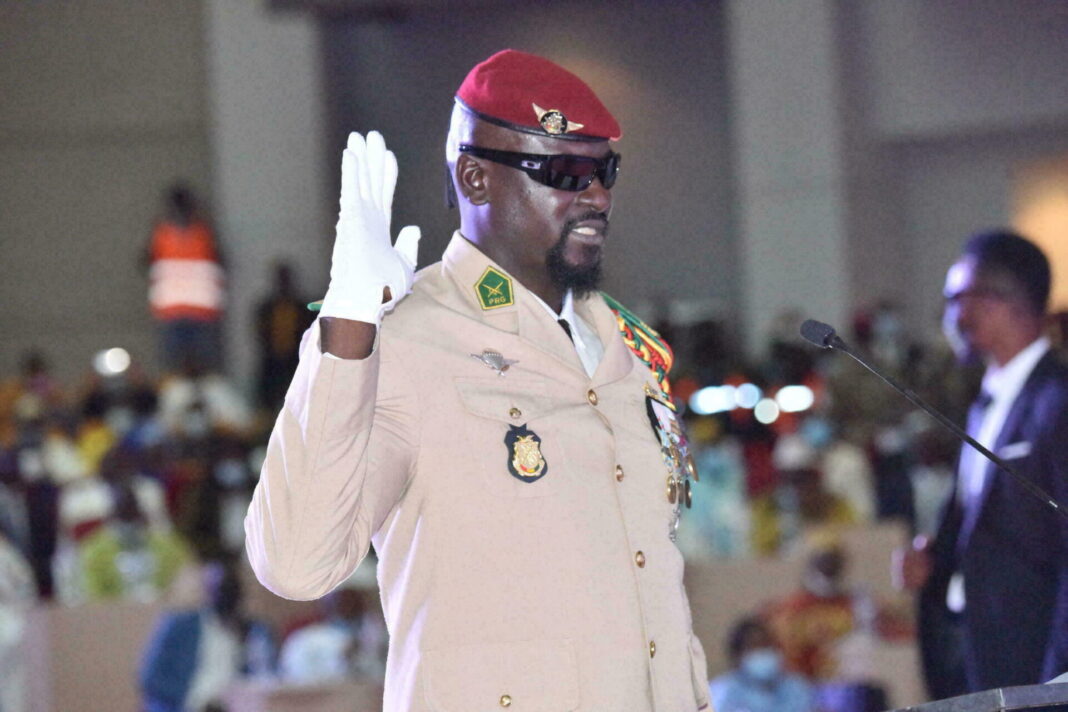 Colonel Mamady Doumbouya, the coup leader in Guinea, is sworn in as interim president for a transition period of unspecified length. Former President Alpha Conde was toppled in a September coup.

The swearing-in ceremony was held at the Mohamed V Palace in the capital Conakry with the marked absence of most West African heads of state, who agreed last month to impose sanctions on junta members and their relatives.

West and Central Africa has seen four coups since last year — political upheaval that has intensified concerns about a slide towards military rule in a resource-rich but poverty-stricken region.

Wearing military dress uniform, a red beret and wraparound sunglasses, Doumbouya held up a white-gloved hand as he took the oath of office.

“I fully appreciate the magnitude and immensity of the responsibilities entrusted to me,” he said in a speech afterwards.

He promised to oversee a transition that would include the drafting of a new constitution, fighting corruption, electoral reform and the organization of free and transparent elections.

The junta has announced its members will be barred from standing in the next elections, but has not made clear when these might take place, saying this will be decided by an 81-member Transitional National Council.

The Economic Community of West African States, a regional bloc, has frozen assets and imposed travel bans on the junta, hoping to encourage a swift return to democracy.

Coup leaders have stated they ousted Conde because of concerns about poverty and corruption, and because he was serving a third term only after altering the constitution to permit it.

Fears that the political crisis would hinder Guinea’s production of bauxite, a mineral used to make aluminum, have eased. The country’s largest foreign operators say they have continued work without interruption.