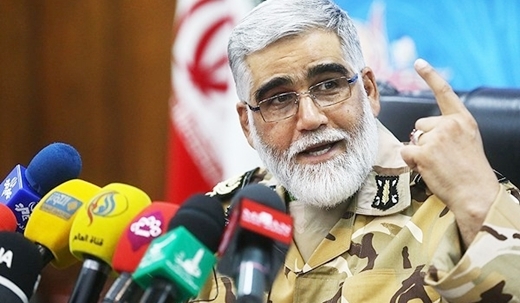 “An ISIL-affiliated group entered Iran in February and we confronted them and killed two of them who had come with suicide vests,” Pourdastan told reporters in a press conference in Tehran on Monday.

Stressing that Iran has equipped and prepared its border guards to stand and prevent terrorists’ sneaking into Iran, he said, “Certain regional states want the terrorist grouplets to extend their threats to our borders but we don’t see any threat.”

Late February, a provincial authority announced that a number of terrorists who were planning to strike the capital city following the parliamentary elections were killed after crossing Iran’s Western borders.

He said the terrorists were armed with bombs, suicide and explosive vests, grenades, pistols and some US dollars.

“They were planning to carry out terrorist attacks in Tehran,” Moradi added.

“This morning two terrorists crossed the Western borders (in Soumar region). They were killed by border guards and security forces on the spot,” Zolfaqari told reporters in Tehran.

He said several other terror plots were also foiled before and during the February 26 elections.