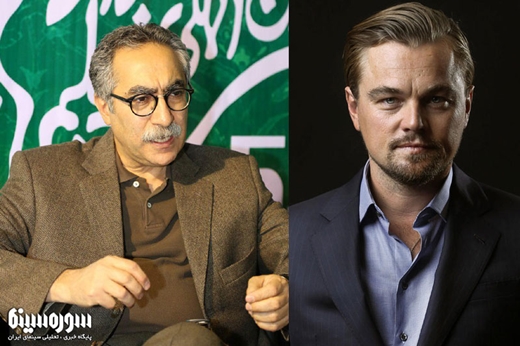 The director of an ongoing Iranian international film festival about the environment has appreciated the mention made by the Oscar-winning star Leonardo DiCaprio of Iran’s Lake Urmia.

Farhad Tohidi, director of the 5th Green International Film Festival, which is underway in Iran from May 13-20, said that DiCaprio’s recent Instagram post “was a sign of attention, and of the importance of this happening on an international scale.”

Tohidi said that Dicpario’s mention of the dying lake, which was once the largest saltwater lake in the Middle East, was “really good.”

On his official Instagram account, Leonardo DiCaprio, the UN representative for Climate Change, reposted a photo by The Weather Channel, showing a dock on an apparently dry surface of Lake Urmia.

According to media reports, the post garnered 307,000 likes and earned him a ‘climate change hero’ status in Iran. His repost was also called one of the famous ‘regrams’ of Instagram.

The lake started to shrink and dry up due to climate change and drought.

After the photo was ‘regrammed’ by DiCaprio, Twitter was flooded with thanks and gratitude from Iranians and foreign environmentalists alike, expressing their appreciation towards the Oscar-winning actor, who paid attention to the problem.

Meanwhile, Representative of the UN Food and Agriculture Organization (FAO) to Iran and to the Economic Cooperation Organization, Serge Nakouzi, told IRNA in March that the body had signed a contract with Japan’s International Cooperation Agency to revitalize Urmia.

He added that the plan would be implemented within the context of the Integrated Program for Sustainable Water Resources Management in the Lake Urmia Basin.

Additionally, Iran’s Vice-President and Head of the Department of Environment, Masoumeh Ebtekar, has said that a revival of Urmia Lake is high on the agenda of President (Hassan) Rouhani’s government.