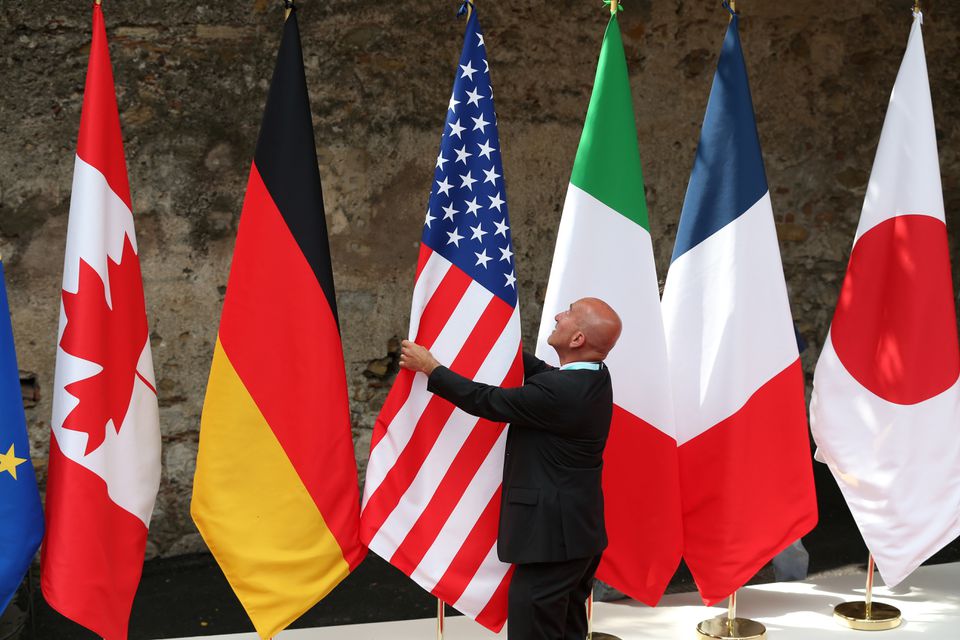 World powers have warned Moscow that they stand ready to impose sanctions that would have a huge and immediate impact on Russia's economy, should it pursue any military aggression against Ukraine. Moscow rejects any plan to attack Ukraine, despite mass military deployment on borders.

“Our immediate priority is to support efforts to de-escalate the situation,” finance ministers of the G7 group of most developed nations announced in a statement.

However, if Moscow ramped up military action, the G7 warned that they “are prepared to collectively impose economic and financial sanctions which will have massive and immediate consequences on the Russian economy.”

The Joe Biden administration and its allies are assembling a punishing set of financial, technology and military sanctions against Russia that they say would go into effect within hours of an invasion of Ukraine, hoping to make clear to President Vladimir Putin the high cost he would pay if he sends troops across the border.

The White House is coordinating a package of ‘high-impact’ restrictive measures to slap on Moscow in case it invades Ukraine.

If Moscow encroaches on Ukraine’s sovereignty, the US will impose sanctions against Russia like no one has ever seen before, Vice President Kamala Harris has warned. Secretary of State Antony Blinken has also warned that, in the event of a military conflict between Moscow and Kiev, the US would impose “high-impact economic measures” on Russia that it had “refrained from using in the past”. This was similarly echoed by Under Secretary of State for Political Affairs Victoria Nuland.

The threat of economic measures follows claims from Western media outlets and politicians that Moscow has begun to concentrate troops on its border with Ukraine, with the view to launching an offensive in the near future. Kremlin Spokesman Dmitry Peskov has denied the accusations, stating that Russia is simply moving its armed forces within its territory and that reports of an attack are groundless.