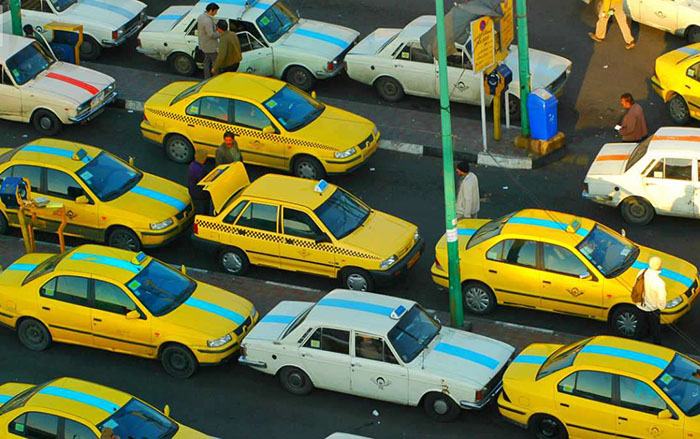 As part of a one-year plan to tackle pollution in large cities, a 22-trillion-rial ($6.3 billion) fund has been allocated to upgrade the public transport fleet in metropolises like Tehran. The plan, which lays out the government’s one-year targets to battle air pollution, was approved last month and was recently communicated to the relevant bodies.

The government devised the plan based on recommendations by the Department of Environment in 2014. “We prepared and submitted a report of the measures taken to reduce air pollution and the short-term plan was created soon after,” said Saeed Motessadi, deputy for human environments at the DOE, ISNA reported.

The funds will be made available for applicants in the eight metropolises by a number of banks. As the largest metropolis, Tehran has received special attention in the scheme. Tabriz, Shiraz, Mashhad, Ahvaz, Karaj, Isfahan and Arak are the other cities on the scheme.

Furthermore, the plan instructs car manufacturers and the Ministry of Industry to offer vehicles at reduced prices to encourage people to do away with their clunkers in favour of newer cars with higher emission standards.

Failure to phase out dilapidated vehicles will be a traffic offence and violators penalized.
Low Emission Zones

In response to when the Low Emission Zones plan will be enacted, the official said that preparations have been made by the Interior Ministry and the scheme is expected to take effect from October 22.

The scheme, which was ratified in August 2015 by the High Council for Coordination of Urban Traffic, was supposed to be launched in January but was suspended due to a lack of a single and central system for the technical inspection of cars.

The one-year plan involves numerous other strategies including restrictions for vehicle manufacturers and importers, encouraging measures for old car owners, the development of subway systems, phasing out dilapidated vehicles and improving the quality of fuel among others.

Iran’s air pollution is a decades-old issue which has steadily increased in recent years. The poor air quality stems from both natural and human causes. While cities like Ahvaz in the southern province of Khuzestan suffer from dust storms, metropolises like Tehran have been tackling pollution from cars and industries.

Iran’s most recent official statistics concludes that, on average, one person dies of pollution-related causes in Tehran every two hours. The overwhelming number of vehicles in the capital is responsible for 70-80% of the pollution.