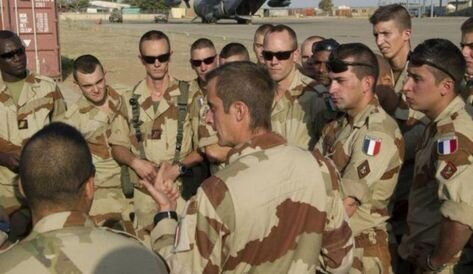 The French and Czech armed forces in Iraq are reportedly withdrawing from the country having spent five years in the Arab country.

The Iraqi website Almaaloma on Wednesday quoted Major General Abdul-Karim Khalaf, spokesman for Iraq’s General Commander of the Armed Forces, as saying the French troops had left Iraqi territory and exited an airbase.

He did not mention the base’s name saying that the departure is carried out based on the agreements with the Iraqi government.

Meanwhile, the Czech Ministry of Defence announced Wednesday that it has withdrawn 30 troopers due to security concerns and the spread of the Coronavirus.

Al Ekhbariya quoted a statement from the Czech Ministry of Defence as saying that the soldiers left Iraq with an A-31 aircraft and landed at Prague military airport.

France and Czech Republic forces have been involved in the so-called US-led international coalition against the terrorist group ISIS.

Contradictory reports emerged over the past week about the withdrawal of coalition forces from the military bases in Anbar province in western Iraq.

Coalition forces were said to have withdrawn from the two bases in Anbar province and delegated control of their headquarters to Iraqi forces.

The Iraqi Security Forces announced last week that they had “taken over the Al-Qaim military base in Al-Anbar province, in the western part of the country, after the withdrawal of the international coalition forces from them with all their military equipment.”

Recently, the US-led coalition has been withdrawing its forces from some bases in Iraq.